The Modernity of Musical Traditions

1 -
Down-tempo electronica, electronic-folk, ethno-house, electro-cumbia and folk-tronic are just a few of the names which have tried to pinpoint the multi-cultural and cross-geographical sounds transpiring across continents and dance floors the last ten years. However, long before the current proliferation of artists sampling, adapting and mixing Latin ‘folk’ to an eager audience, a few artistic renegades opened the doors to a digital reinterpretation of South America’s musical past. One of these renegades was the Argentinian-born multi-instrumentalist and electronic producer Luis Muarette, aka Uji, a new Origins resident at Scorpios, who spoke with us recently about his own musical journey and the genre’s evolution.

2 -
The success of albums like Chancha via Circuito‘s Rio Arriba and Nicola Cruz’s Prender el Alma in the early 2000s, said Uji, as well as other releases by Buenos Aires label ZZK, spurred a global movement and exploration of Latin American sounds. Beyond the major releases, many South American labels began to transcribe and exchange with European djs, including Chile’s Festival Nomade, and Brazil’s Sonido Tropico and Voodoohop, all of whom have transported their South American headquarters - and their artist followers - to Berlin. Montreal labels like Multi Culti and New York-based Wonderwheel Recordings have equally spread the folktronica evolution, contributing to the global exchange around the musical style. But while Nicola Cruz and Chancha via Circuito are most popularly attributed with establishing the international credibility around the movement, according to Uji, a few, key, hidden artists precursed these efforts, opening the doors to an intersection of electronic music and traditional Latin sounds. 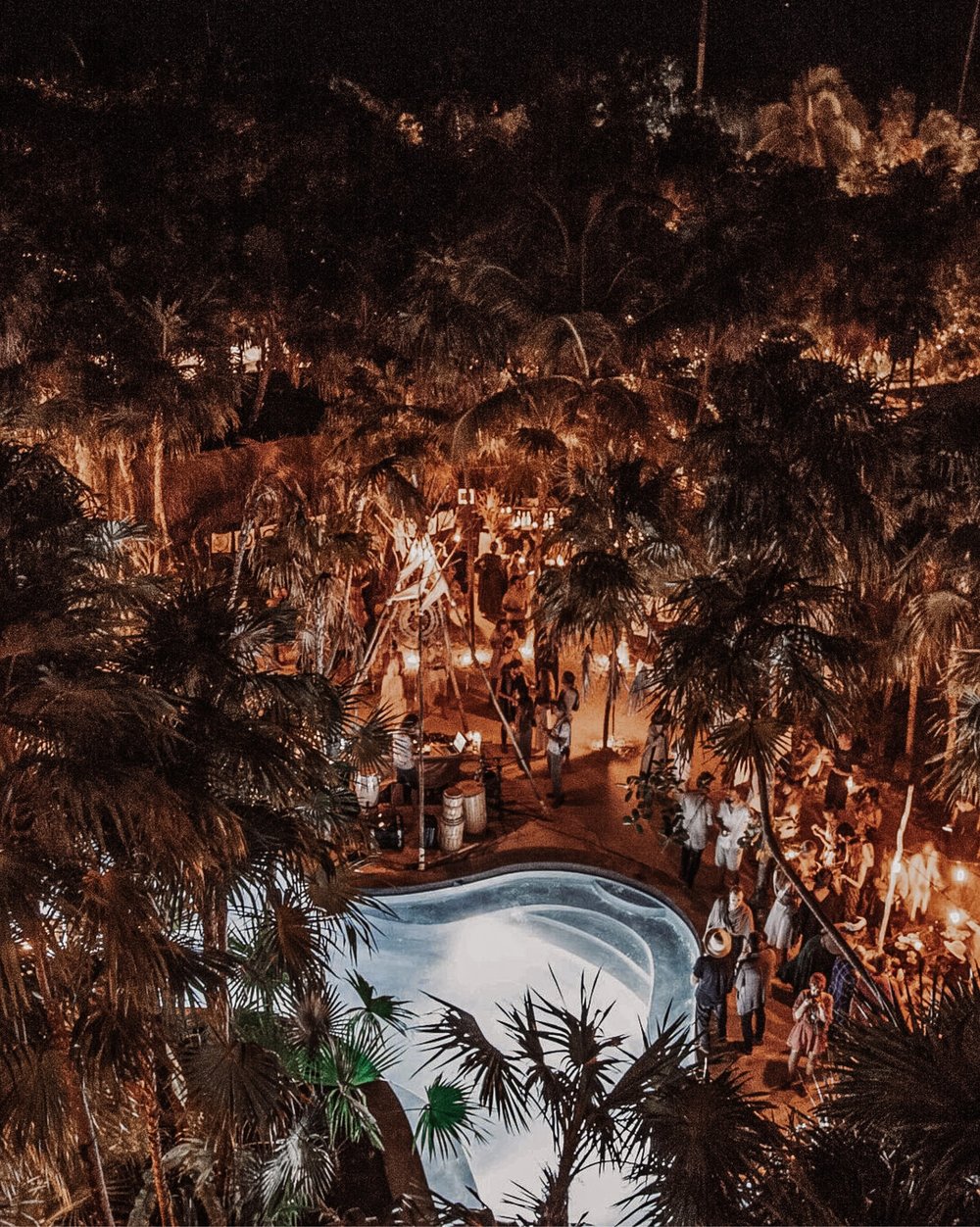 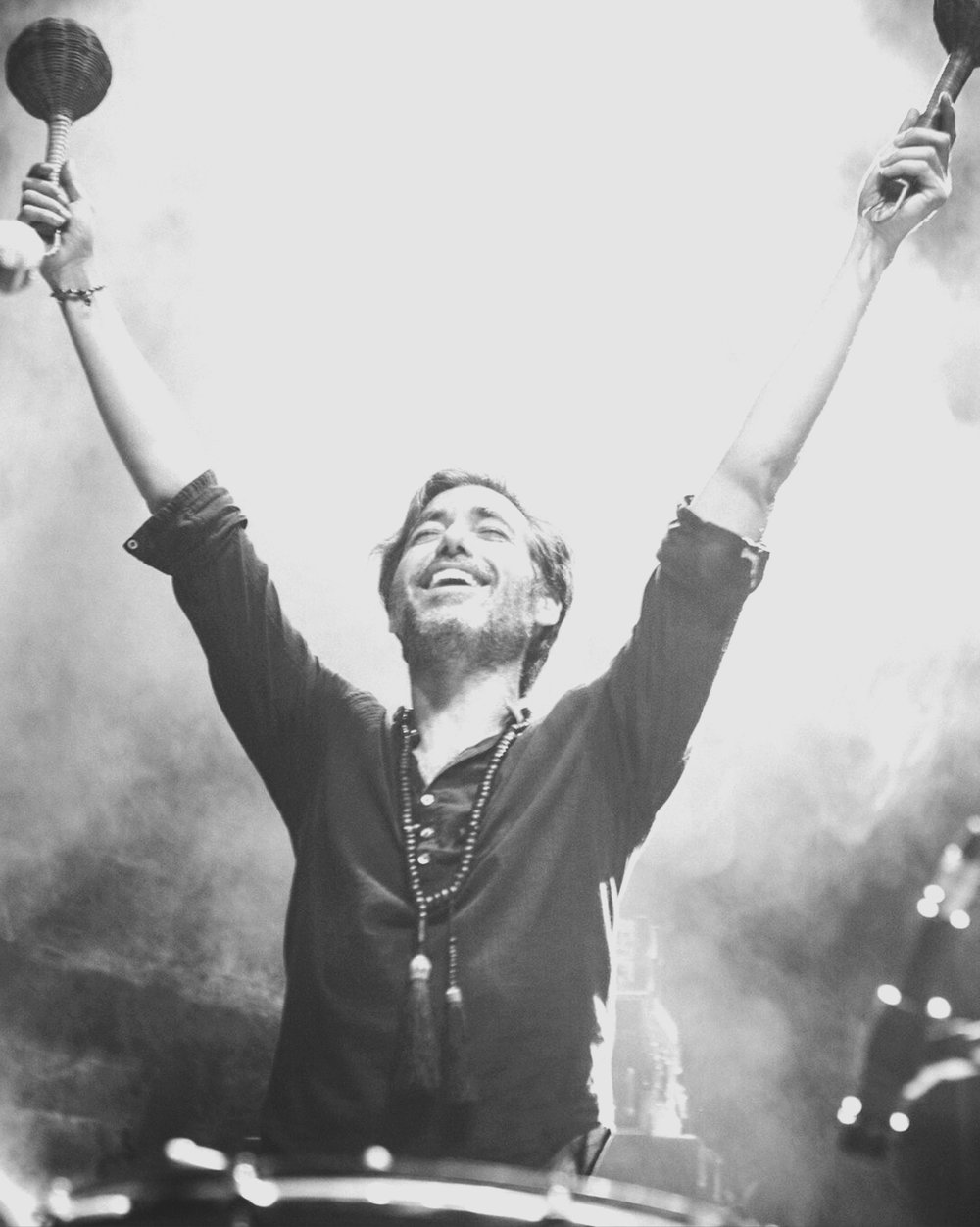 3 -
For Uji, his first introductions to the movement are traceable back to the year 2000, when singer-songwriter Moreno Veloso, son of iconic Brazilian folk-singer and composer Caetano Veloso, released his first experimental album - Máquina de Escrever Música. The album paid homage to Brazil’s rich musical heritage with insertions of samba and bossa nova, while simultaneously exploring new, idiosyncratic techniques and contemporary production methods. Veloso introduced a new idea around the combination of traditional and contemporary music. Although the album would not start another Tropicalia movement, his work would inspire many artists with its concept of mixing electronic sounds and Brazilian MPB (Musica popular Brasileira). For Uji, Moreno was a first point of reference.

4 -
Another artist to initiate ideas within this musical genre was Sidestepper, a collaboration between British producer and studio engineer, Richard Blair, and singer-songwriter and composer, Ivan Benavides. Their first albums mixed electronic together with salsa, working with eight-person traditional Colombian bands and translating this through sophisticated, electronic post-productions. A few years after SideStepper, ChocQuib Town took another angle on the mix of new and old, this time with hip-hop. In their 2006 album Somos Pacífico, the group presented a modern mix of hip-hop, electronica and traditional Colombian music, Marimba Pacifica. Through these various musical happenings in Colombia, Uji saw the great possibilities in both the convergence of styles and its resounding international reception.

5 -
In later years, Teto Ocampo, the super talented guitarist of Carlos Vives’ 1980s pop band, came back to the world in 2011 as Mucho Indio, bringing with him a deep respect and understanding for Colombia’s heritage. His new electronic act, however, would dig deeper into the roots of Colombian music, this time not with hip-hop or folk but indigenous ceremonial music. With songs like “Mariposa Negra,” (black butterfly), Teto presented an aesthetic that sought after the sacred rhythms of the indigenous ceremonial instruments, blurring the lines between old and new with indiscernible sounds from the flute and synth.
‍
6 -
Five years after Moreno’s album release, a new legend of the scene was born - Gapy Kerpel. “When I heard his 2005 album, Carnabalito, I knew it was exactly what I wanted to do,” says Uji. The album was the beginning of Kerpel’s sound exploration through the Andes, bringing in instruments like the ronroco and tarka and digitally intertwining them with concepts of indigenous ritual. “The record was taking traditional music from northern Argentina and mixing it with electronic. He, in a way, became the grandfather to the scene,” says Uji. At the time of conception, Uji was about to release his album for his new group Lulacruza, simultaneously confirming and evolving his own style. Listening to Lulacruza, one again finds the junction of traditional folk music with mythological dreaminess, woven together by the hypnotic voice and South American folk instruments of Alejandra Ortiz, his partner, and his own electronic processing, sequencing and production genius.

His work reflects his experiences throughout Latin America, his musical composition and production studies at Berklee in Boston and his deep look into Afro-Latin diasporas.

7 -
Born in Buenos Aires and raised throughout Latin America, the nomadic instrumentalist and electronic producer brings in a full range of stylistic diversity from the various above influences. His work reflects his experiences throughout Latin America, his musical composition and production studies at Berklee in Boston and his deep look into Afro-Latin diasporas. His most recent album, Alborada, exposes this cross-cultural exchange with tracks like “La Descarria” that capture the terrains of Bolivia and Carnaval, juxtaposed with modern post-production techniques and guitar riffs. In other works, we see European references to Berlin’s underground - like “Kiosk”, a nod to the iconic Berlin club, Kater-Blau that maintains a traditional, Latin sensibility. The multi-layered sounds of historical instruments like the congas, cununo, marimba, and balafon blend with analog drum machines and synthesizers.
‍‍
8 -
Origins, the new Mondays at Scorpios, will equally explore the eclectic and colorful music of folk, but not always within the constraints of Latin America. As we have discovered, it is not just in the folklore of South America from which artists and producers are pulling their inspiration, all around the world we are witnessing a wide-spread synchronization of the traditional, folk music and modern production techniques. Stay tuned as we dive deeper into these hidden Origins and welcome them to our Monday roster, including A Macaca, Thomash, Ohxala, Alizarina, Noema and Kermesse.