In Search of Purpose

1 -
Profound human connection seems increasingly hard to come by these days, despite the rapid evolution of technology and communications. And yet, even with the best of intentions, we find respite behind screens, distancing ourselves from our peers, sheltered by digital rather than personal contact.

In the face of this challenge, experimental hospitality has a new imperative: to open up spaces in which we can tune out from digital noise and make room for conversations and experiences. To this end, Scorpios launched the Mind & Body program in 2017. With the aim of investigating human potential through an interdisciplinary program of interactive and participatory workshops, talks and rituals, the program integrates ancient insights and radical new ideas that bring together the wisdom of the body and the mind.

As digital natives, we must ask ourselves some pressing questions. How do we forge meaningful experiences, connections, and ultimately, the systematic structures that allow us to operate at our fullest potential? How do we answer to a calling that isn‘t always apparent? The answer lies in living according to our sacred blueprints—a theme we explore this season at Scorpios.

2 -
Ancient cultures have long celebrated the patterns and symmetry in the cosmic order through architecture, art, and design. Across centuries, it has materialized in the form of astrology, I-Ching, chakra and energetic approaches, quantum physics, and genetics. At Scorpios, we‘ve focused on Human Design, a practice devised in 1987 by Ra Uru Hu—an advertising executive turned mystical messenger after a transcendental encounter with “The Voice” (a superior intelligent being he linked with while in Ibiza).

The concept is simple: each of us holds a unique energetic makeup through the lens of design. Human Design speaks to a whole new generation of spiritually-driven people, spanning tech companies in Silicon Valley, retreat shalas in Bali, and wellness conferences in LA, who see it as an integral tool for self realization. 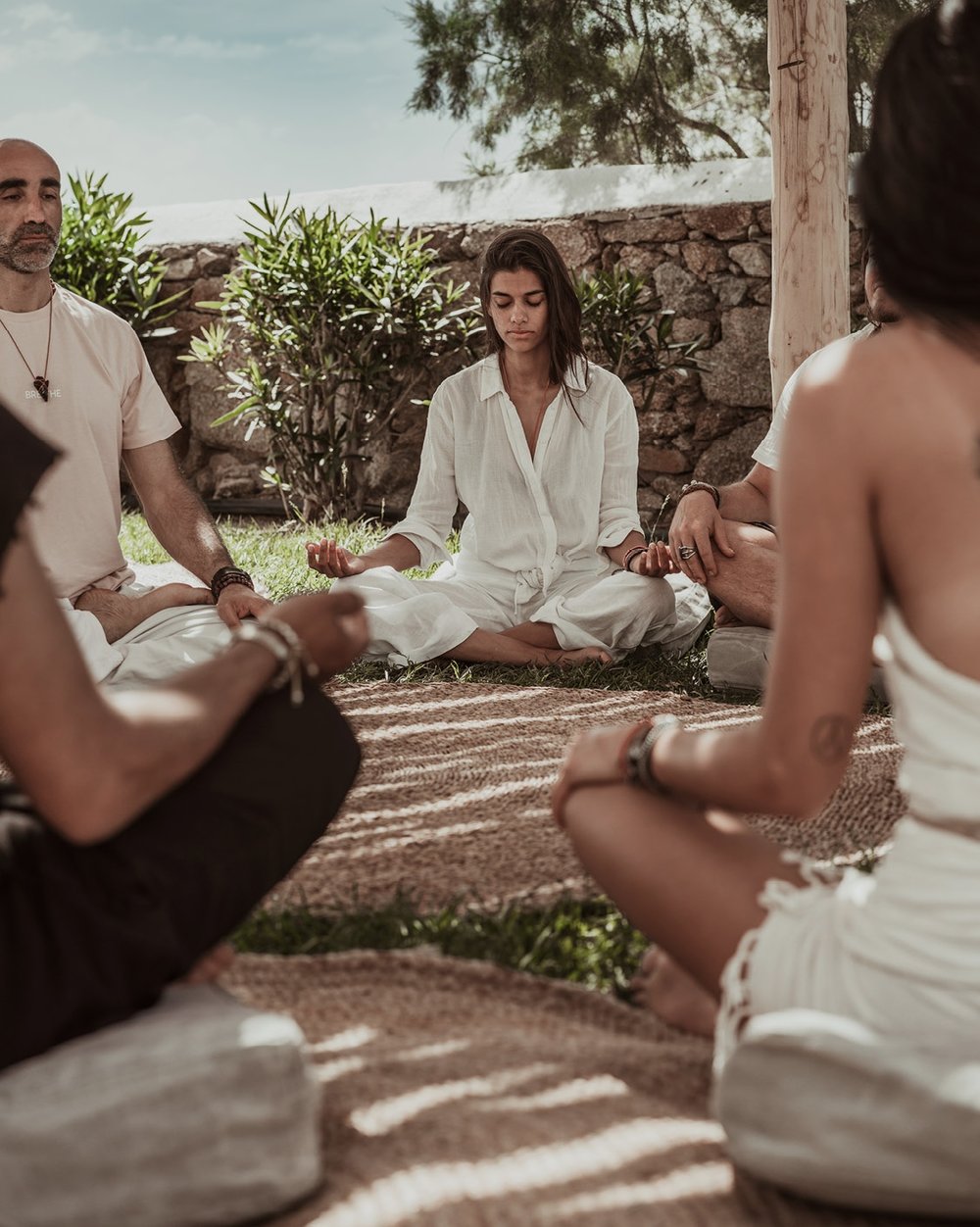 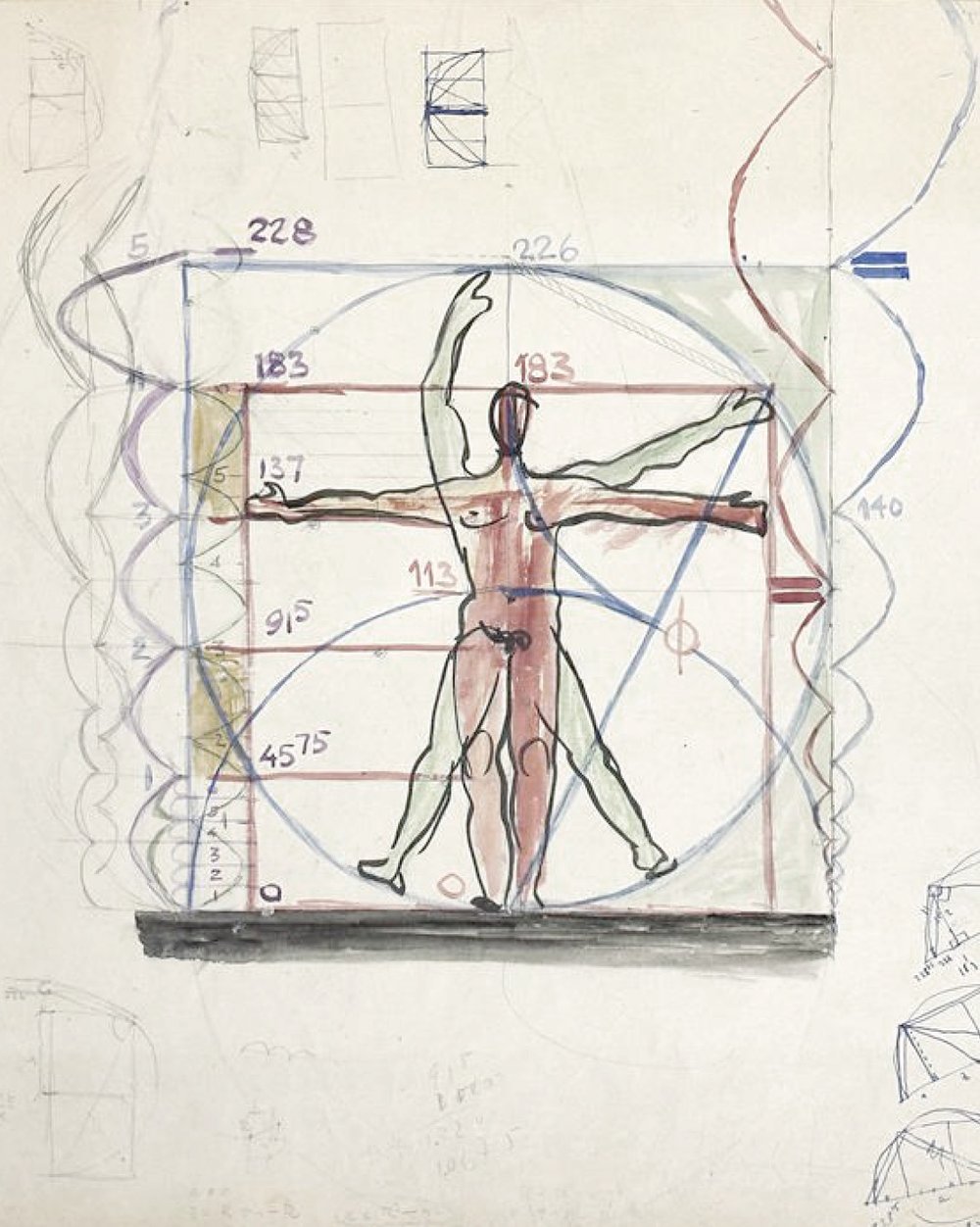 3-
Erin Claire Jones is one of the leaders of the Human Design resurgence and the Director of Programming at The Assemblage in New York City, where she helps her clients step into their highest potential. As a resident in the Scorpios Mind & Body program this summer, she will bring participants on a journey to understand their own essential nature through Human Design, learning about their shadow sides and strengths in an intimate, nurturing group setting.

“What I love about Human Design is that helps people tap into a space where there’s not much resistance and where it feels like life is really flowing for them,” Erin Claire says. According to her, the world is divided into one of four groups: Manifestors, Projectors, Reflectors, and Generators–who make up 70% of the population. Each type has a “strategy” and “authority” that helps them understand their true nature.

“It gives people incredible knowledge about themselves–both what they’re conscious of, but also everything that’s beneath the surface” A key aspect of Human Design is the geometric body graph (the Rave Chart) that visualizes this ancient and modern synthesis mapped onto our bodies and energy centers.

Whether looking to sacred geometry and its celebration of the mathematical perfection in nature, the mandalas of ancient cultures that represent microcosms of the universe, the intricate astronomical instruments of the Jantar Mantar in Delhi, and even Le Corbusier’s anthropometric scale of proportions, the  concept of surrendering to the symmetry and patterns of the natural order has long been a powerful one.

“It gives people incredible knowledge about themselves–both what they’re conscious of, but also everything that’s beneath the surface”

4 -
The work of British artist Rachel Garrard explores sacred geometry, and is grounded in the state of flow that Erin Claire cultivates through Human Design. In her paintings and performance works–all of which are sourced through meditative states–she uses overlapping triangles and organic forms to explore movement and tension between the lines–an aesthetic similar to that of Human Design‘s body maps.

“The divine proportions in Greek, Buddhist and Hindu belief systems, the specific symbolism in Egyptian geometry and hieroglyphs–it’s all based on the idea that all these proportions don’t only have symbolic meaning, but they are actually holding within them the essence and energy of that meaning,” Rachel explains, charting some the foundational ideas that inform her practice.

Recently, in the nine-day performance Repeating Traces at Pioneer Works in NYC, she wove a map of golden thread plotting out sacred sites inspired by her time with the Kogi tribe in Colombia, and in an earlier work Star Dust Etchings, she used ground shells to create geometric astronomical maps.

“My paintings are maps of a pure vibrational space. The Kogi call it Aluna, it’s almost like a replica of the material world on an intangible plane of existence,” she says. “I’m tapping into an invisible realm of light and non-physical form and then translating that essence into something physical.”

“Challenges come when we try to make ourselves similar. The magic comes when we allow ourselves to be unique.”

5 -
Mapping vibrational energy onto the physical realm of the body, is something that resonates within Human Design. And similarly to Rachel’s work, it‘s within this harmonic space that we can evolve into our highest potential. “Human Design allows you to get into the Tao of nature and life, instead of fighting and resisting. You have to let go and simply be who you are,” explains Lynda Bunnell, the director of the International Human Design School in San Diego. What does that feel like on a material level? She considers:“ serendipitous things happen all the time because you aren’t resisting, you’re not pushing, instead you’re floating down a calm, quiet river.”

To Erin Claire, reconnecting to that state of harmony is the ultimate goal. “People are out of flow when they’re trying to operate in a way that doesn’t feel aligned with them,” she says. “Human Design gives them all the tools to come back into their relationships and career. Challenges come when we try to make ourselves similar. The magic comes when we allow ourselves to be unique.”

She adds, “the radical idea is that we’re not here to make decision through our minds. For some it’s all about an inner knowing; whether a gut response, will power, or emotions. We’re stepping outside of the limitations of our mind-based culture. We often don’t know where that will take us, so we have to surrender control. But that’s the work. You have to just trust that if it feels right, it will keep unfolding.”