The rebellious continuity of Mayan craft

The 1500s was a time of unprecedented discovery. A Spanish sailing expedition circumnavigated the Earth for the first time and learned its true scale and shape, stumbling across the Americas on the way. These explorations had a profound effect on collective knowledge and how the world saw itself, but it was indeed an insensitive clash of civilizations that previously had no idea of each other’s existence. Indigenous societies and their cultures were damaged, and it wasn’t until decades after the first Spanish foot fell on the Americas that the morality of colonial actions was called into question.
‍
In Valladolid, Spain, 1550 AD, a great debate took place. Referred to as the Valladolid debate or the Valladolid controversy, this took the European conquest of the Americas and the integration of the indigenous peoples into Spanish society as a case study for a wider interrogation of moral principles. The first debate of its kind, this was an intense year of theological hand-wringing involving a handful of specialists in Catholic canon law, in a collective attempt to either justify or condemn the treatment of indigenous Mesoamerican peoples based on whether or not they should be considered the children of God or blasphemous pagans unable to rule themselves. Many of those who shared the latter view pointed to idolatry — the worship of idols and images — as evidence of the depravity of the pre-Columbian societies and the need for religious proselytization. This meant that much indigenous art and craft was destroyed. 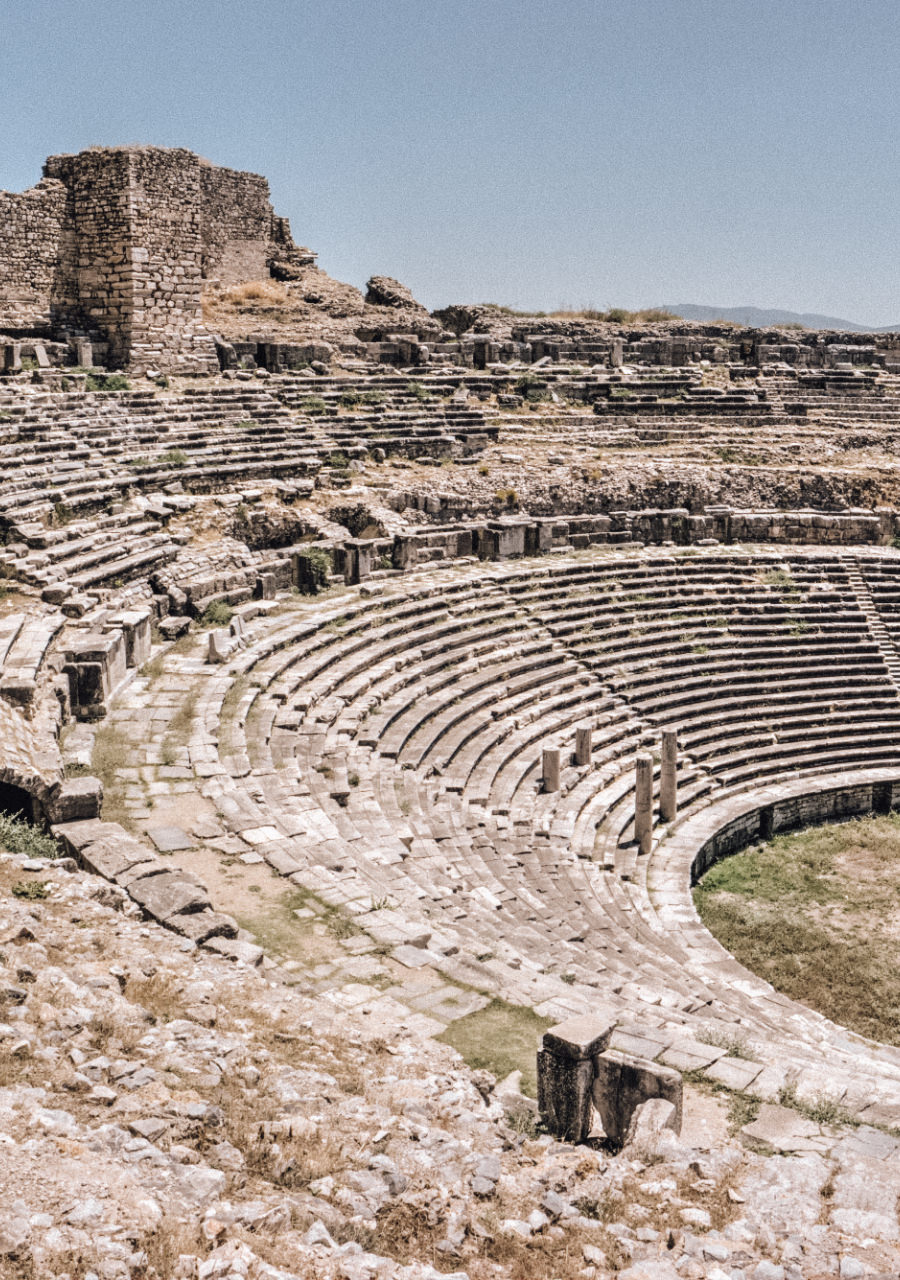 The ruins of a theatre in Miletus, an Ancient Greek city now in Aydın Province, Turkey. 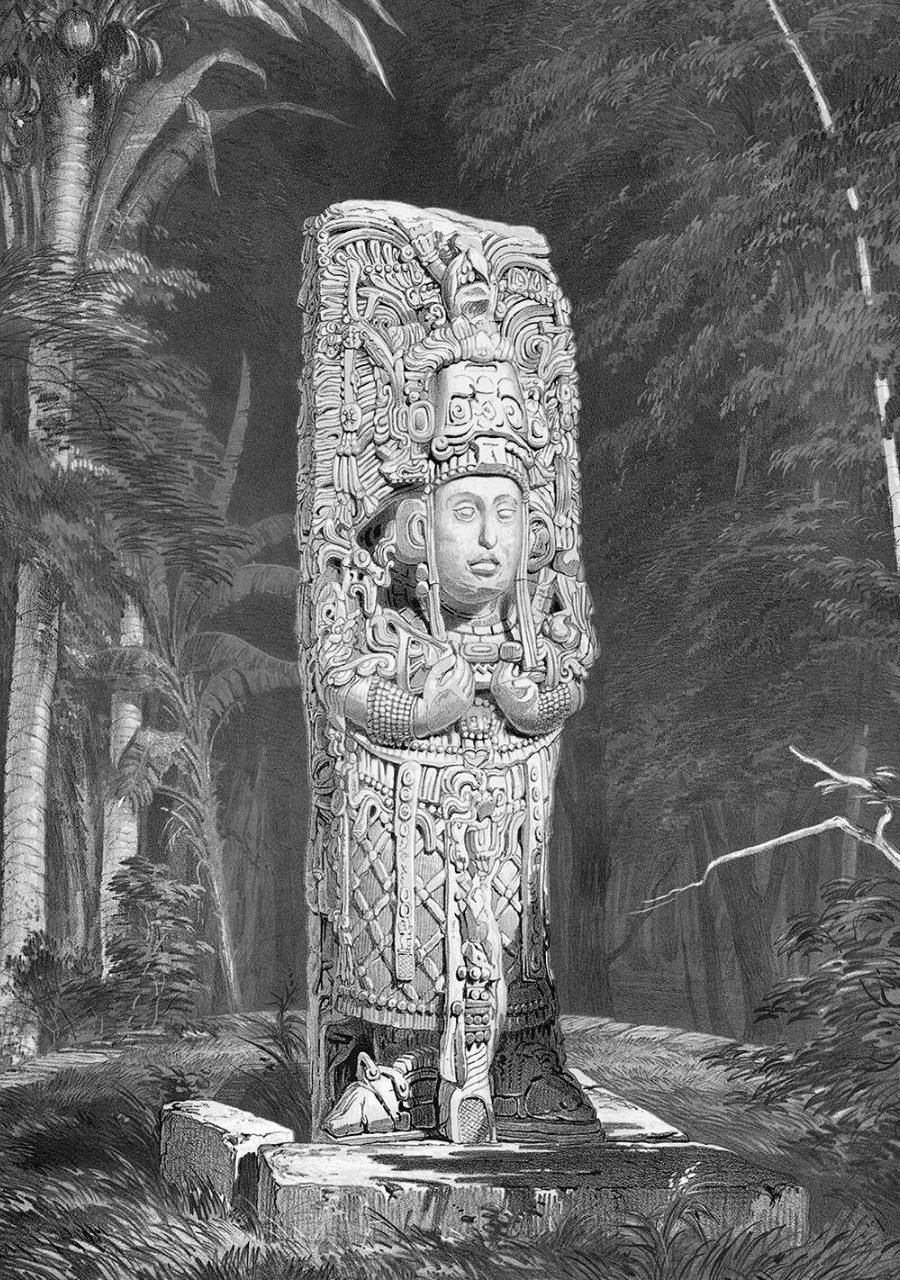 The imagery of the Maya belief system permeated art, architecture, fashion, homeware, and almost every aspect of Maya life. 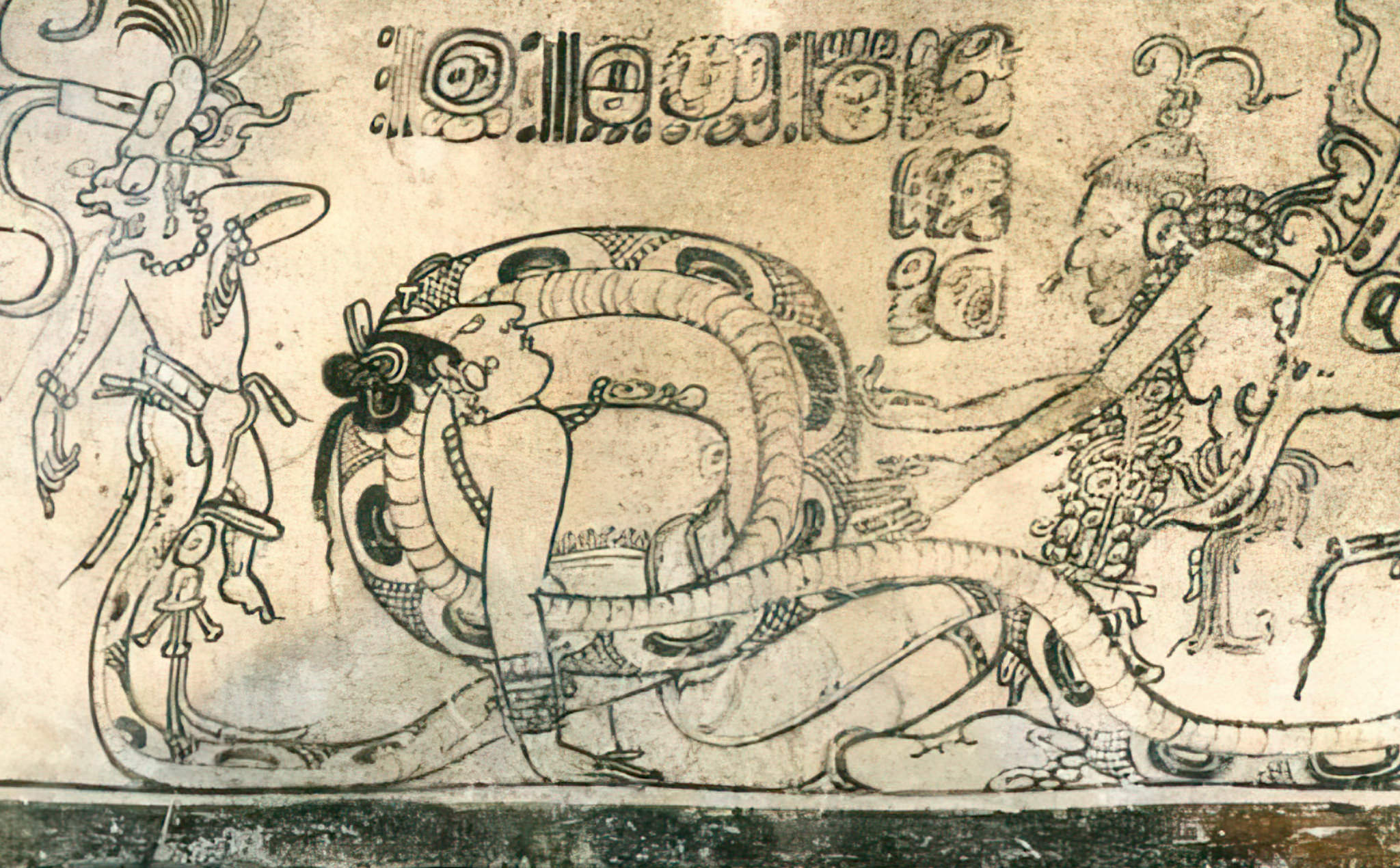 An intriguing pottery scene featuring Kʼawiil — a deity associated with lightning, serpents, fertility and maize — as painted on a Classic Maya vase.

From the very moment that the indigenous peoples and Spanish came into contact, the attitude of the colonizers was characterized by insensitivity and misunderstanding. Even the Yucatán Peninsula’s name is said to have come from “uic athan?”, meaning “what did you say?” — a native’s response when asked by a Spaniard about the name of the land upon which they were standing. This epitomizes the wilful ignorance displayed by the Spanish concerning the indigenous ways of life.

The Yucatán Peninsula is a central location of the Maya civilization, which was well established by 1000 BCE. Many native societies had their own polytheistic, inclusive religious beliefs that permeated every aspect of life, but the Spanish brought with them a devotion to the monotheistic and exclusive religion of Roman Catholicism and were appalled when they discovered just how many deities the Mayas worshipped. There’s Chaac, the scaly, fanged, hook-snouted rainmaker god who carries a serpent as a symbol of lightning; Chin, the leading god of homosexual relationships; Cizin, the god of death and earthquakes who is often depicted as a skeleton smoking a cigarette and whose name translates to “the stinking one”; Ixchel, the jaguar goddess of midwifery and medicine; Camazotz, the “death bat” god known for decapitating a mythological hero and gifting the head to the gods for their ballgame; and many more. According to one Spanish bishop (named Diego de Landa Calderón, who is responsible for much of what we believe about the Maya people and was known for his destructive and violent campaigns against Maya idolatry) there was “no animal or insect they did not make a statue of; and all of these were made in the likenesses of their gods and goddesses.”

"Every element of nature, no matter how small, was seen by the Mayas as having its own life force, or k'uh"

According to the Maya creation myth, as told in the sacred Popol Vuh text and inscribed at various ancient sites, the Maya universe consists of heaven, Earth, and the underworld, created by gods called Gucumatz and Tepeu. After creating the Earth out of the primordial sea, they created animals to inhabit this Earth and sustain the gods through worship. Upon realizing that animals are unable to speak, and therefore unable to worship or glorify them, they created humans. Every element of nature, no matter how small, was therefore seen by the Mayas as having its own life force, or k'uh, and it was the duty of humans to sustain the gods by showing gratitude and making sacrifices to them. Through art, crafts, and architecture, Maya artisans would depict the ways in which royals were expected to perform rituals and tasks to maintain a balance of the universe, as well as creating the paraphernalia needed to perform such duties: pottery figures, plaques of gold and jade, bells, sandals, incense burners, copper bowls, ornamental flints, bone figures, and painted clay vessels. The Mayas even dedicated a month, called Yax, to the maintenance or replacement of damaged objects and to the repair of temples and houses. 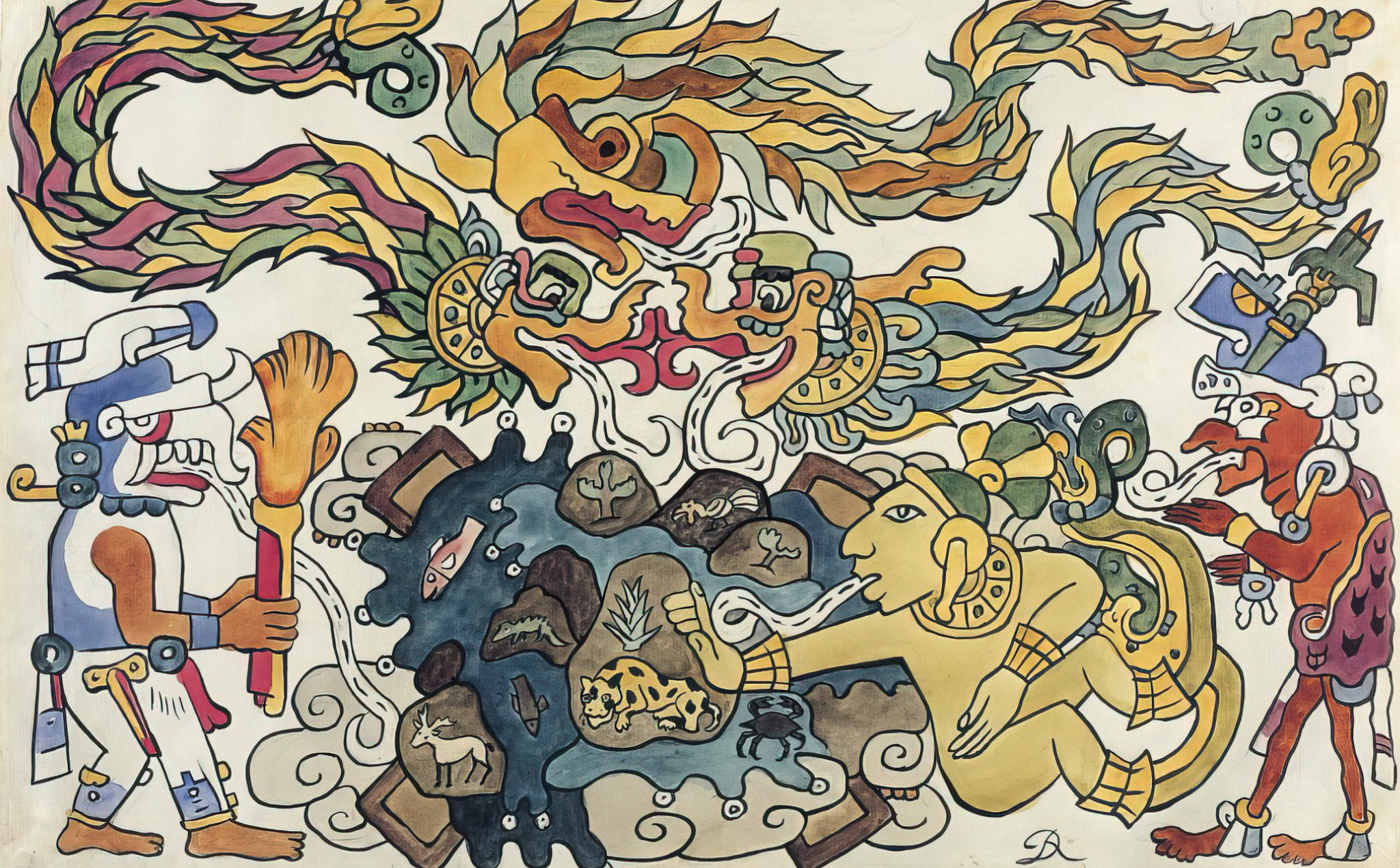 “The Creation of the Universe (La Creación del Universo)” by Diego Rivera. This illustration shows the making of the world according to the ancient Mayan creation myth.

"Together, all of these physical objects tell the story of the Maya belief system, and the act of crafting them was vital to the Mayas’ ability to properly worship their gods" 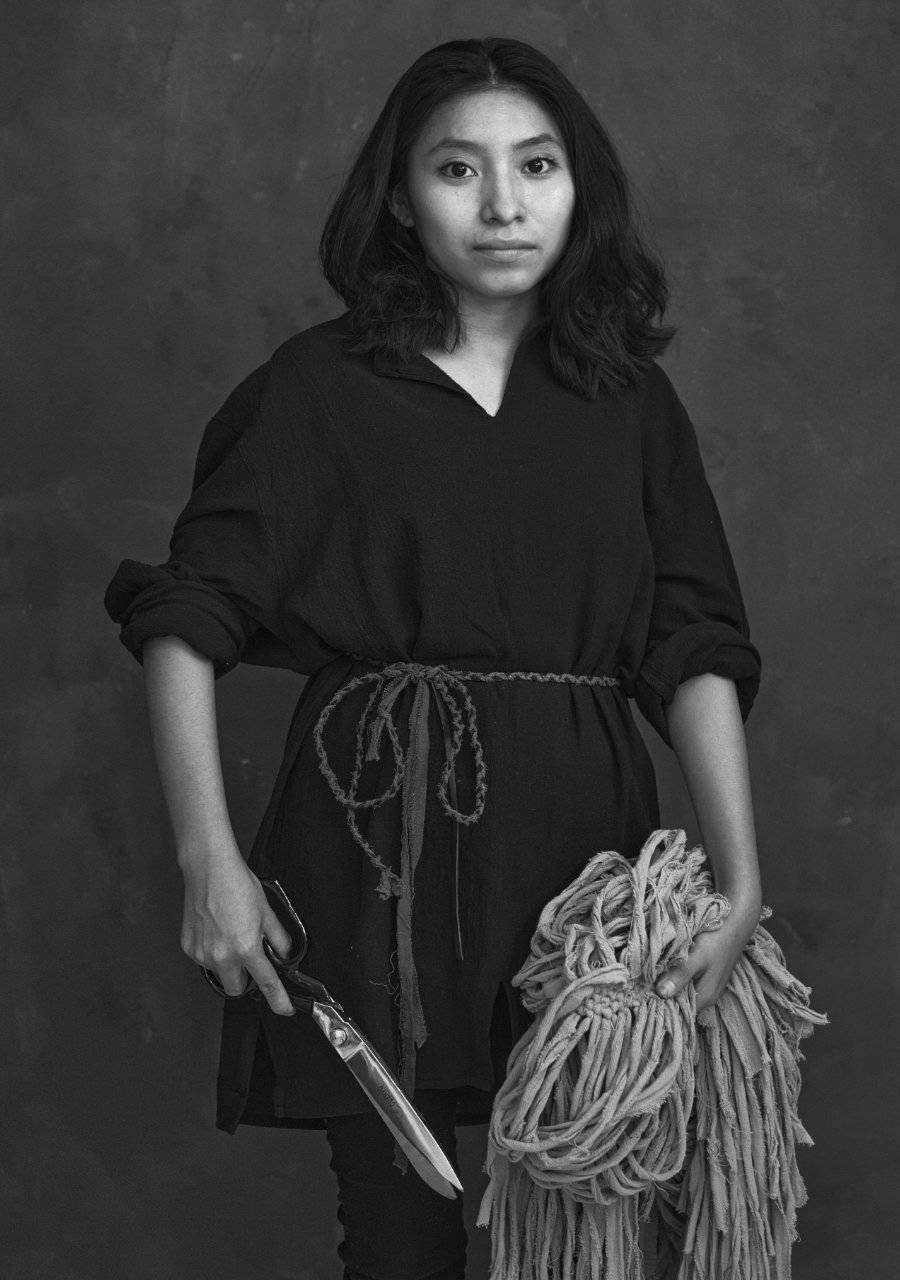 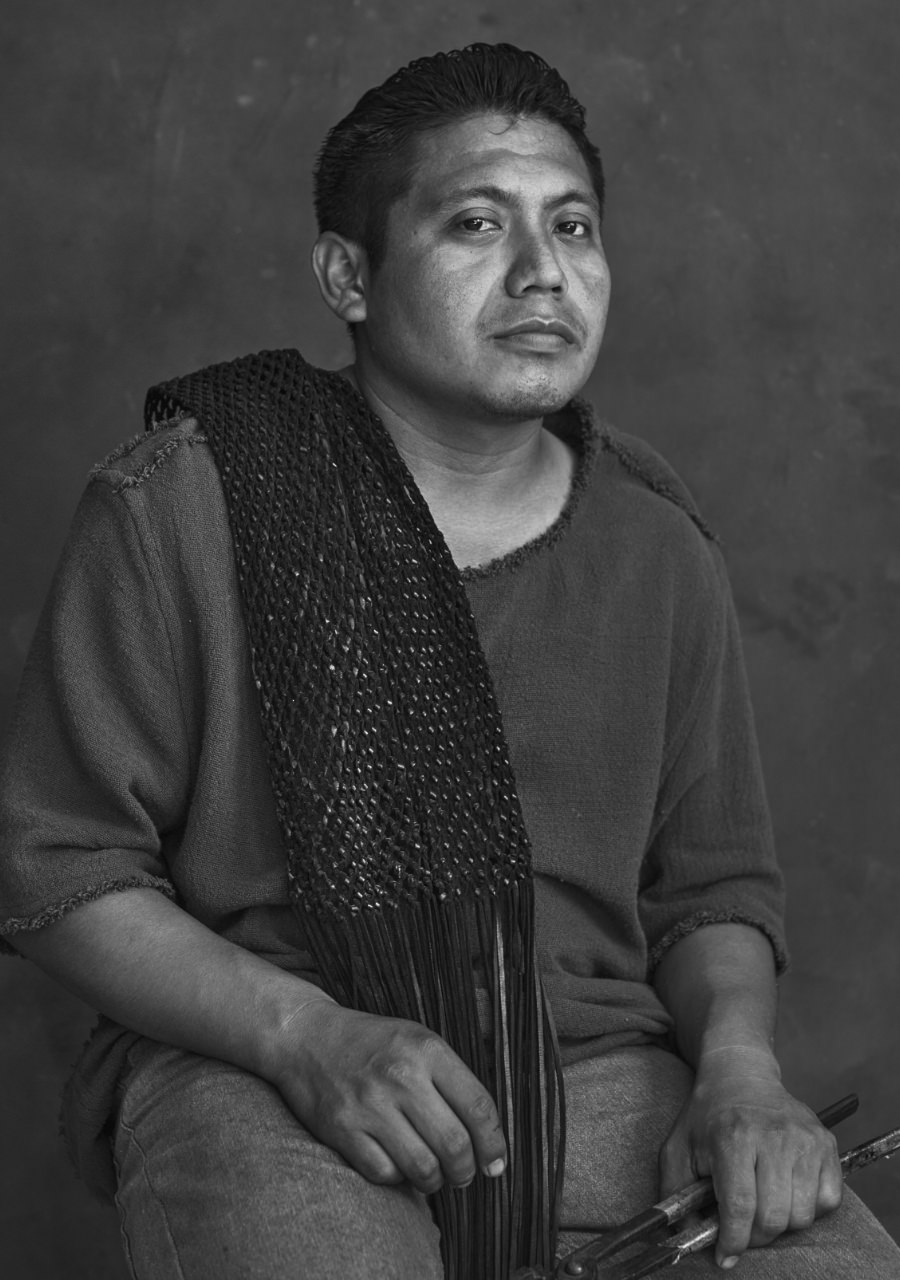 All of Caravana’s pieces are handmade by artisans at the workshop in the city of Valladolid, Yucatán Peninsula.

These rituals also had dress codes, such as lavish dresses for public ceremonies, flamboyant dance costumes, protective armour for confrontations, and sporting attire. There were feathered headdresses, jewelry made of jade, shell, bone, and precious stones, capes and cloaks fashioned from the skins of jaguars and other dangerous animals, and fabrics made from cotton or agave and dyed with inks from plants, molluscs, and insects. There was also everyday attire, usually a tunic-like huipil and long skirt for women and a loincloth and short skirt for men. Many ritual practices —including ceremonial offerings and human and animal sacrifices — were witnessed by carvings from wood and stone that would represent the gods. Together, all of these physical objects tell the story of the Maya belief system, and the act of crafting them was vital to the Mayas’ ability to properly worship their gods.

"Hiding an image of Kukulkan in plain sight through knotting proved to be an ingenious way in which to worship under the eye of the Spanish without drawing attention."

“Idolatry implies a great blasphemy because it would deprive God of the singleness of his dominion, and by its deeds denies faith,” states Saint Thomas Aquinas in his Summa Theologica; a notion echoed at the Valladolid debate. Saint Thomas Aquinas goes on to say: “By nefarious art men constructed images which produced certain strange effects by the power of demons, and for this reason it was thought that something of divinity resided in them, and so they were worshipped as divine.” Along with an Aristotelian conception of barbarism and “natural slavery”, this is how the Spanish justified their iconoclastic crusades that culminated in the destruction of countless manuscripts, documents, artefacts, and ritual objects.

Despite the Spanish aiming to eradicate their entire belief system, Mayas continued many of their traditions — either behind closed doors or with creative ways in which to hide their idols in plain sight. Observing the continuity of crafts and images from pre-Columbian times has immeasurable historical value, as the Spanish (most famously the aforementioned Diego de Landa Calderón) both diligently documented their conquests and destroyed many Mayan texts, leading to an undeniable ethnocentric bias in the deciphering of the indigenous past. 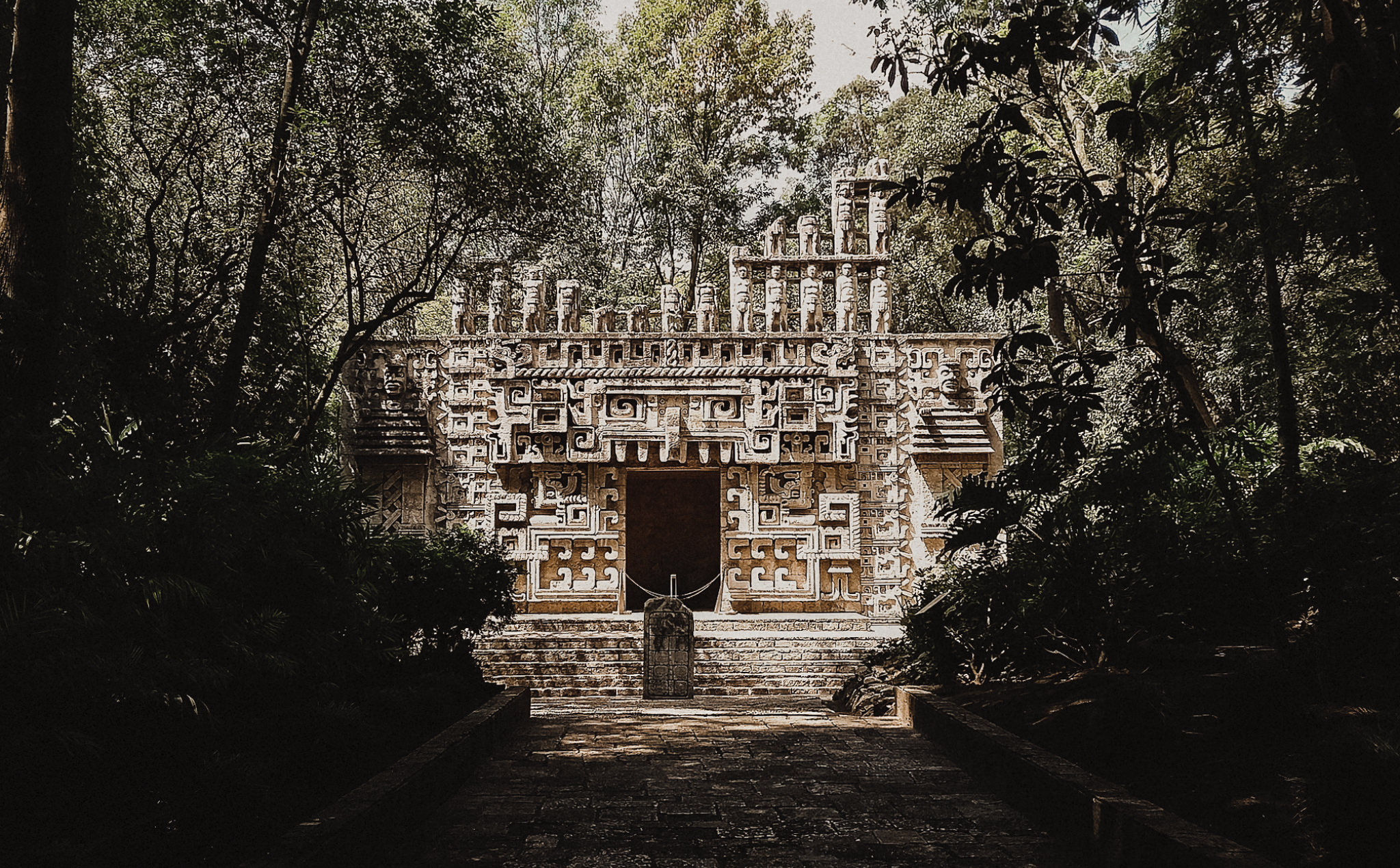 The intricate façade of a Maya temple at the National Museum of Anthropology’s "Sala Maya" in Mexico City.

Fortunately, Maya crafting tradition is thriving today. Putting creative control in the hands of Maya craftspeople is Caravana, an artisan collective based in the Yucatán Peninsula’s very own city of Valladolid (named after the former Spanish capital). Caravana specializes in traditional garments and accessories that combine Maya mysticism with authentic handcrafting techniques such as fraying, knotting, leather braiding, thread-pulling, and weaving. A number of Caravana’s pieces even exhibit imagery that can be seen in Maya art and mythology, such as Kukulkan, the feathered serpent deity who is subtly referenced through leather knotting on Caravana’s Lahun piece. Hiding an image of Kukulkan in plain sight through knotting proved to be an ingenious way in which to worship under the eye of the Spanish without drawing attention.

This is just one example of how Caravana is contributing to the continuation of traditional Maya imagery through fashion today. In addition to their bazaar at Scorpios Mykonos, the collective also sells its wares from their boutique in Tulum, the Maya walled city that’s home to the Temple of the Frescoes, the Temple of the Descending God, and El Castillo — all important archaeological sites featuring depictions of various gods and deities integrated into the architecture. On exploring the historical side of Tulum, one quickly realizes the ubiquity of the deities in art and architecture.‍

Knotting, fraying, braiding, thread-pulling, and weaving by hand are all hallmarks of the authentic Maya crafting tradition.

Anthropologists and archaeologists are in agreement that the pure dedication that the Mayas showed to their crafting traditions is a blessing for our understanding of pre-Columbian life today. The Spanish effectively tried to rewrite history; but thanks to the stories told through art and crafts, the Maya people managed to immortalize their ways of life and their belief systems. Many of these idols, images, and crafting techniques were also present in different pre-Columbian societies across Mesoamerica, crossing linguistic boundaries and striking a chord with other cultures and religions such as the Aztecs in the Valley of Mexico and the Incas in Andean Peru. Many of these peoples also managed to persist in their indigenous practices and beliefs, even to this day. Perhaps that speaks to the power of art to communicate ideas through time and space and in the face of adversity.
‍ 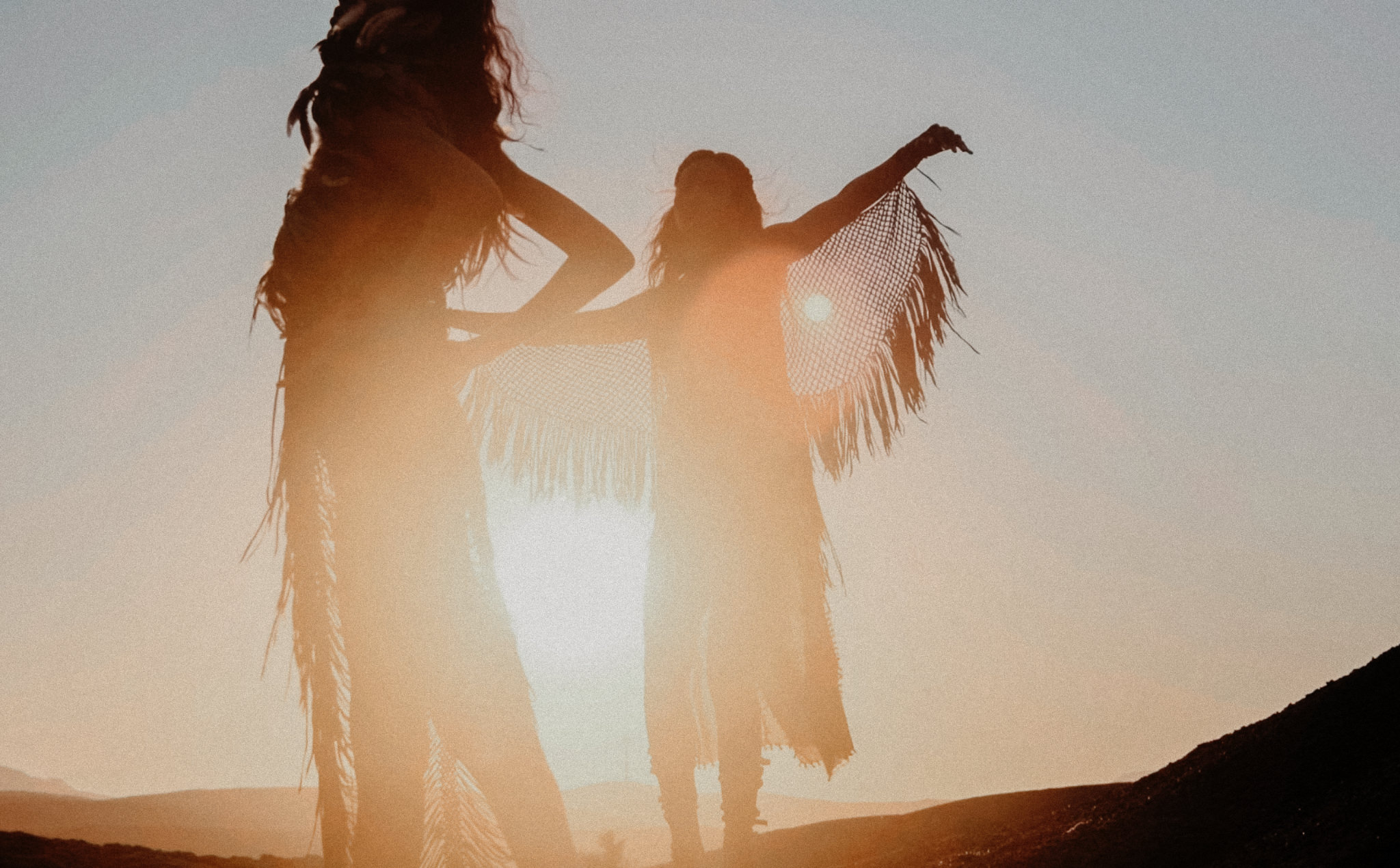