“Your mind is a garden, your thoughts are the seeds, the harvest can either be flowers or weeds.”
– William Wordsworth
Text:
Source & Fluence
‍
Editor:
Rachel Howard 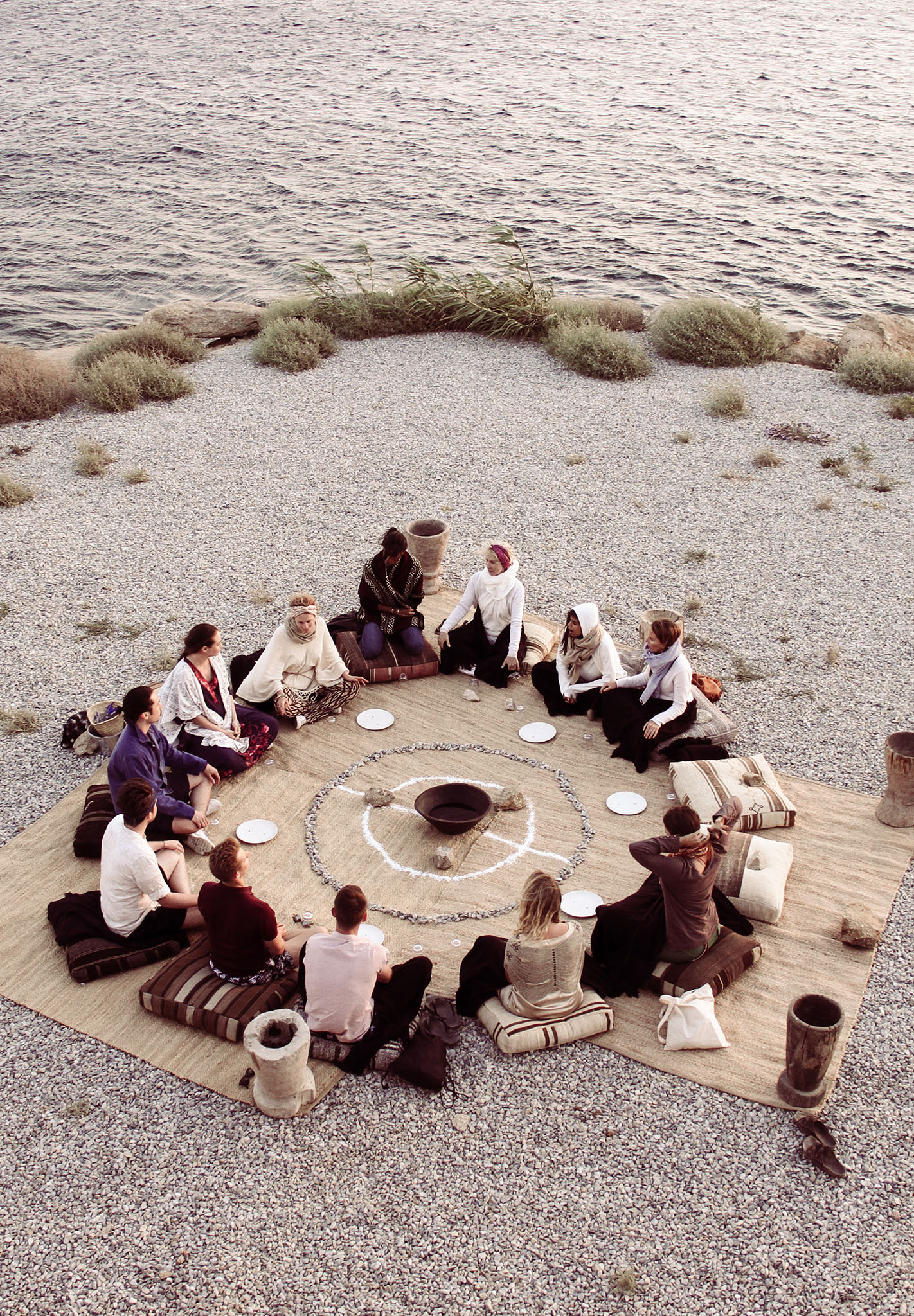 "A social organism of any sort, large or small, is what it is because each member proceeds to his own duty with a trust that the other members will simultaneously do theirs." —William James, The Will to Believe

While its history can be traced back to the early Greeks, studies of our inner life did not emerge as a separate discipline until the late 1800s. The Inner Gardens program at Scorpios draws mainly upon philosophical influences and scientific insights that are more recent. They are embodied by the Human Potential Movement, which originated in the 1960s as a cultural coup d'état​ against the mainstream psychologies of the day: namely, behaviorism, with its crude animalistic reflexes, and​ psychoanalysis, with its eerie castration themes. Focused on mass pathologies (some of their own making) rather than on individual expressions of self-consciousness and personal well-being, these sciences were mainly concerned with one-size-fits-all clinical methods. Both favored approaches that would straighten out the meandering inclinations of human nature and level out any idiosyncrasies and eccentricities, thus reinforcing a regime of easily manageable mass-normalcy.

The Human Potential Movement rejected the view of behavior as determined by irrational phobias (such as the Oedipal and Electra psychosexual complexes) or conditioned by external stimuli (as in Pavlov's experiments with dogs). Instead, it emphasized the inner power of individuals to thrive in the present by a process of self-actualization overcoming obstacles in their own minds. This new psychological approach preoccupied itself with identifying and amplifying the inherently good qualities hidden within everyone, arguing that there are “reserve energies” in each individual. These latent inner resources, when properly activated and cultivated, allow individuals to reach their true potential. 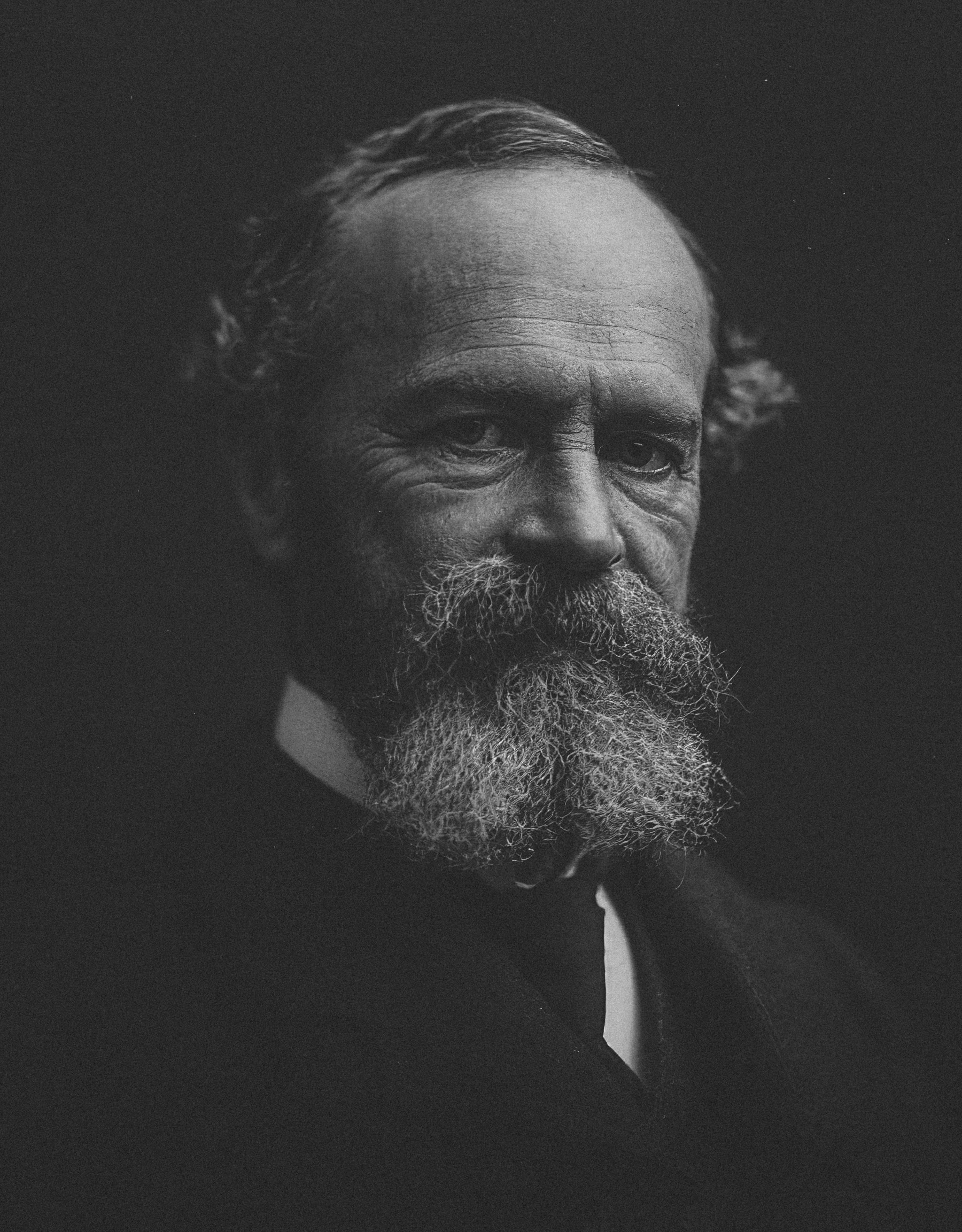 "Act as if what you do makes a difference. Because it does." — William James, a prolific 19th century thinker whose work is a rich blend of philosophy, psychology and personal reflection. An explorer of the world, he proposed the method of introspection which he defined as “looking into our own minds and reporting what we there discover”. Our minds are all that matter in this world. It is what we want it to be.

This approach to mindfulness is rooted in the work of ​William James​, a late 19th century polymath and visionary, who most fully articulated the view that, by changing their minds, human beings can change their lives and, collectively, social reality itself: “As you think, so shall you be.”

Exploring the depths of mental life, James found that most people paddle in shallow waters. They live in a very restricted circle of their potential being, making use of only a tiny proportion of their possible consciousness — like a person who moves only their little fingers, rather than their whole body. It is only in emergencies and crises, when all our energies are mobilized, that we come to realize how great our inner powers truly are.
‍
Considered one of the most influential thinkers of his time — and of all time, on a par with Plato and Aristotle — William James was both a psychologist and philosopher. His research went far beyond “normal waking consciousness” to explore altered states, including divine ​episodes, out-of-body​ experiences, and interludes​ induced by various substances. James imbued an emotional, intuitive and spiritual dimension to the materialist science of human nature. In The Varieties of Religious Experience: A Study in Human Nature, he argued that mystical experiences could no longer be dismissed as neurotic episodes, subject to lobotomy, electro-convulsive treatment, medication and so on.

According to James, religion is not about any particular theological doctrine, clerical structure, or the formalities of liturgical observance in strict obedience to vigilant and vengeful gods. By “religious experience”,​ James did not mean a state of consciousness prescribed by some canonical book or holy gospel. Both deeply personal and universal, religious experiences differ from person to person. Whether induced by music or poetry, meditation or paced respiration, communion with nature or intimacy with like-minded souls, all these experiences guide people through uncertainties, anxieties and distress to a place where they can regain a sense of balance and peace. Religious experience is essentially a connection between our inner and outer gardens, our inner world and our environment. In the words of Ralph Waldo Emerson: “Blessed is the day when the youth discovers that Within and Above are synonyms.”

“Compared to what we can be, we are only half awake.”
“All persons, if they so decide, can live their lives filled with love, joy, happiness and creativity ...” 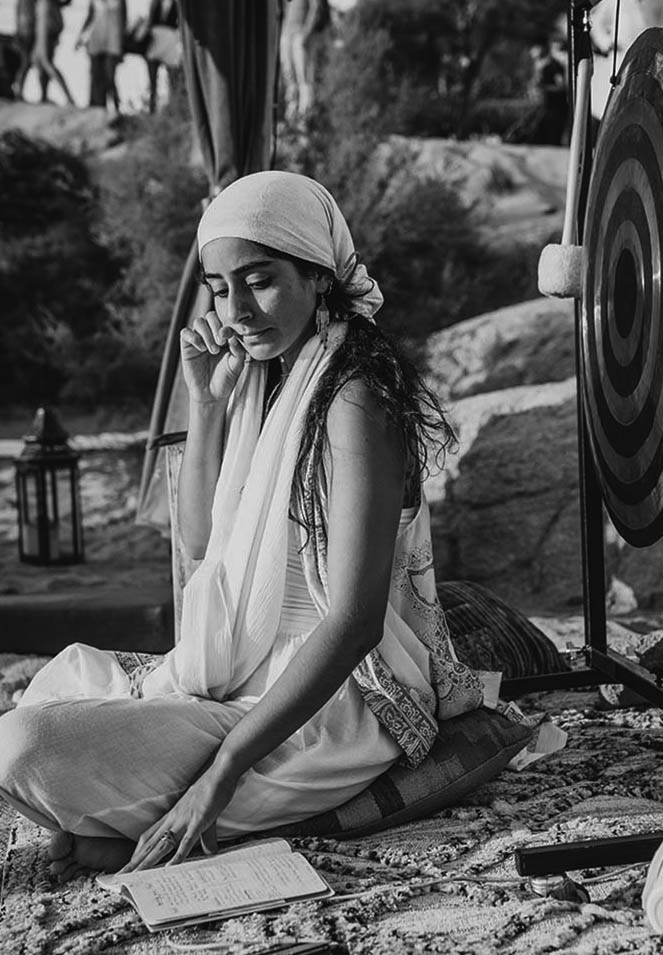 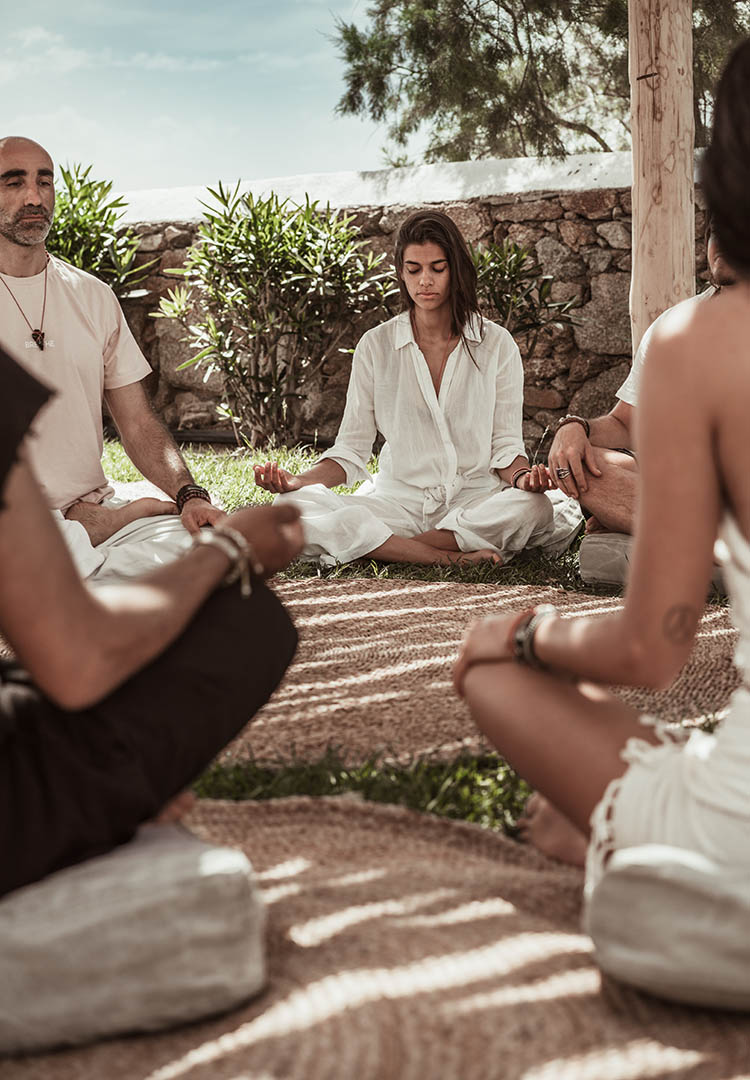 01: Seeing familiar as if it were strange, and the strange as if it were familiar. The kind of optics which James calls philosophy.
02: Our experiences are what we agree to attend to. They are worth living through, since they are what we make of them.

At Scorpios, our Inner Gardens sessions include a ​gnostic component. Gnosis ​means “knowledge” ​or “awareness”, ​in Greek. William James described this practical wisdom as the process of acquiring a wealth of ideas that generate multiple perspectives. The best educated mind is furnished with a rich stock of ideas, providing for the broadest possible outlook, and is therefore equipped to handle all kinds of situations and challenges.
‍
On the contrary, mindlessness — lack of gnosis, with the mind trapped in a rigid, narrow perspective —leaves one liable to be overwhelmed by the vicissitudes of experience. James lamented that “most of us feel as if a sort of cloud weighed upon us, keeping us below our highest notch of clearness in discernment, sureness in reasoning, or firmness in deciding.”

As an antidote, James offers a psychological shortcut to whatever emotional state one strives to attain. If you want to rejoice in the moment, do yourself and others a favor by acting as if this joyful moment has come. Music is not exactly to your liking? Try dancing to it and see what happens. As James would have it: “I do not sing because I am happy. I am happy because I sing.” If such conduct does not make you feel better, nothing else on that occasion can. James explains: “Action seems to follow feeling, but really action and feeling go together; and by regulating the action, which is under the more direct control of the will, we can indirectly regulate the feeling, which is not.” In other words, by acting positive, your emotional negativity soon steals away.

James’ intuition has since been confirmed by cutting-edge neuroscience. Emotional positivity expands the neural networks associated with an optimistic state of mind. Good feelings reshape the brain, so it is more likely to generate positive emotions, even when circumstances do not quite permit. Conversely, the longer you hold on to a negative thought, the more  you are bolstering the neural networks associated with mental darkness.

“Your hopes, dreams and aspirations ... They take you airborne, above the clouds, above the storms, if you only let them.” 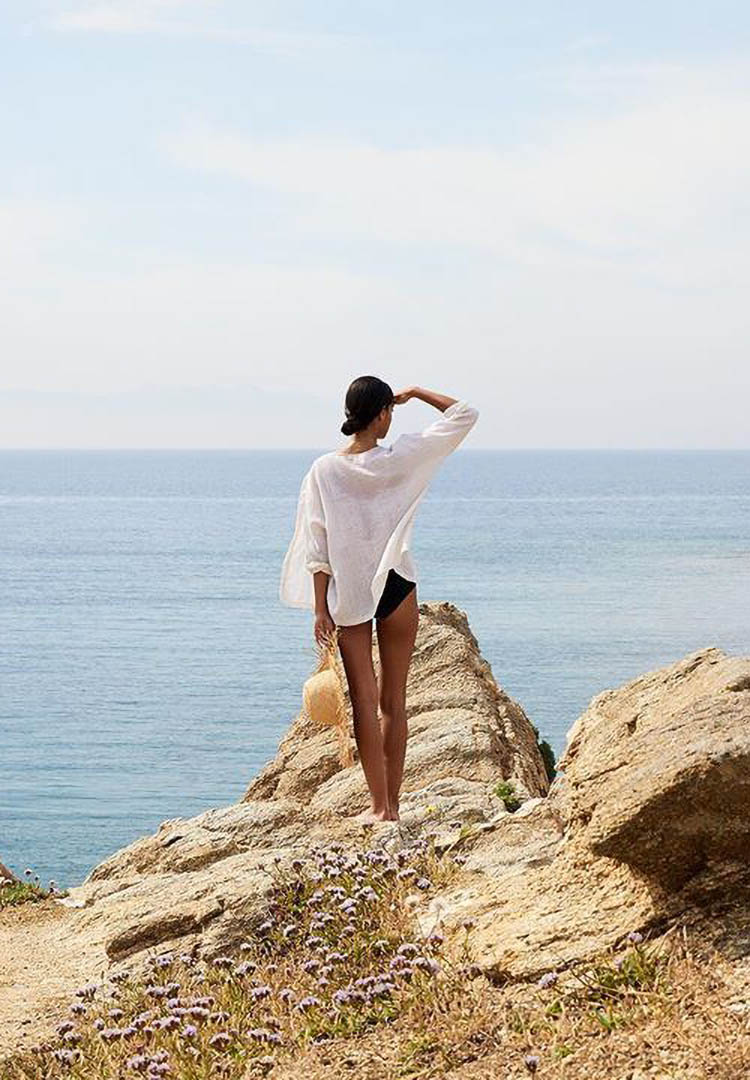 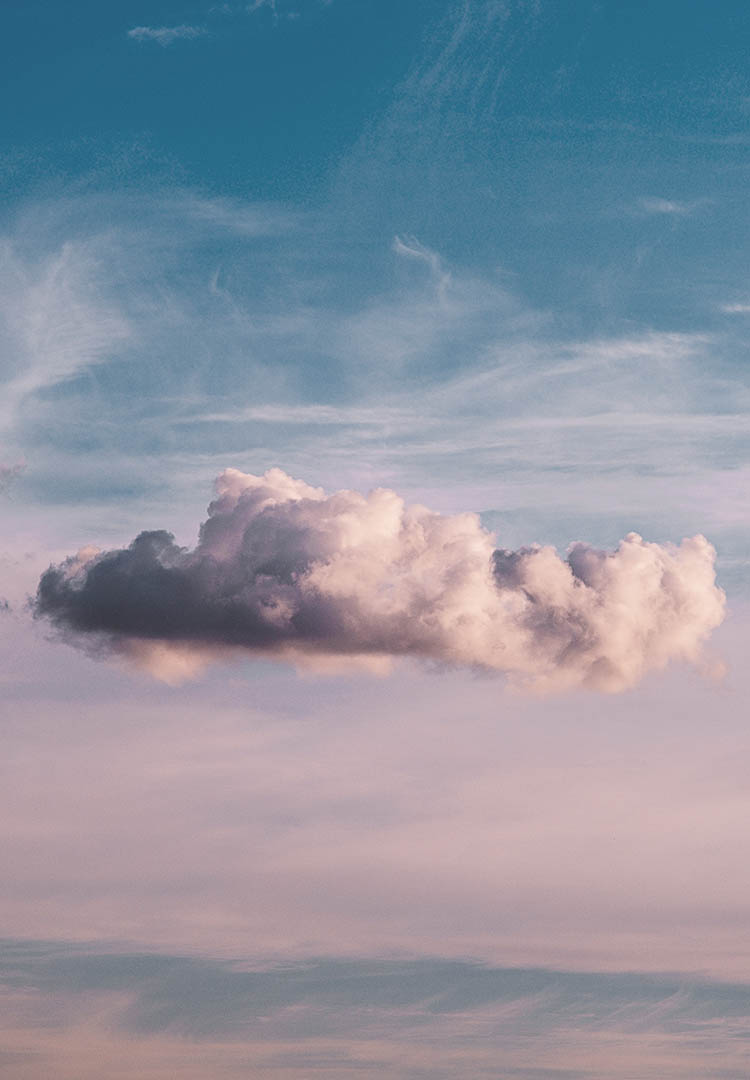 Looking beyond the self-imposed confines of imagination. Compared to what we can be, we are only half awake.
“Begin to be now what you will be hereafter.”— William James.

William James teaches the benefits of a positive attitude toward the world. He suggests that we cultivate this attitude by sifting our thoughts.  Every thought should be observed, examined, and classified — either as useful treasure to be stored or useless rubbish to be disposed of, depending on how that thought makes us feel. “Why should we think more upon things that are lovely? Because thinking determines life. It is a common habit to blame life upon the environment. Environment modifies life but does not govern it. The soul is stronger than its surroundings.”

James believed in a p​ragmatic theory of truth: he argued that truth is not eternal and unchangeable. Just like ​beauty​, which manifests itself in the eye of the beholder, truth is relative to human judgement and individual needs. To find the meaning at the heart of any idea, its “truth-value”, we must examine the consequences to which this idea leads us. Otherwise, arguments about what an idea means ​in and of itself​ may be endless and fruitless. James knew that our arguments are largely dictated by our needs and desires, not the other way around. As the American poet Walt Whitman so eloquently put it in Song of the Open Road, logical constructs "may prove well in lecture-rooms, yet not prove at all under the spacious clouds and along the landscape and flowing currents." Logical constructs may prove perfectly sound in lecture halls, yet they might not have positive consequences “under the spacious clouds, and along the landscape and flowing currents.”

“Environment modifies life but does not govern it.
The soul is stronger than its surroundings ...” 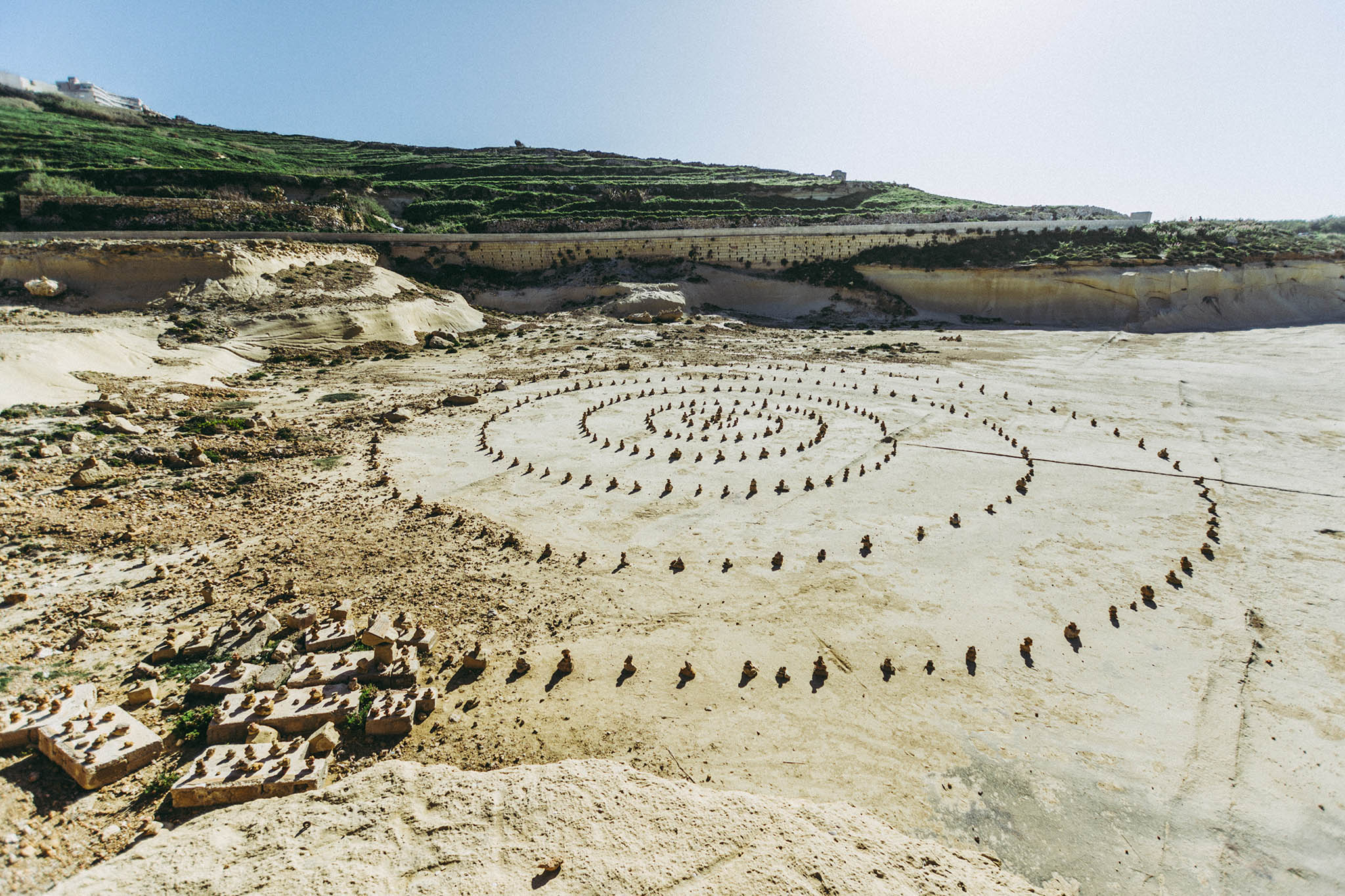 A positive attitude and active orientation towards one’s natural and social environment, which James advocated as a method of self-development, derives in part from how one perceives the world at large. Given its astonishing diversity, the world can hardly be conceived as a universe​. It is more of a multiverse​ — a vast space with crosscurrents of opposing intentions and conflicting forces. Nothing is irrevocably settled in this pluralistic world; it is anything but a finished product. Therefore, all our ideas and deeds matter. If the world were predetermined, our presence would be superfluous, our individuality a chimera, our actions inconsequential. No! This world is perpetually in flux, which makes us infinitely free in our thoughts and actions.

Each of us writes the script of our own individual role in this indefinite world. What we think, feel, say and do defines our past, present and future. The world is not a scheme, but an adventure. It is the world of chance, not of fate. Who we are and what we do may alter everything. As the French philosopher and physicist Blaise Pascal once said: “If Cleopatra’s nose has been an inch longer or shorter, the face of the world would have been changed.” 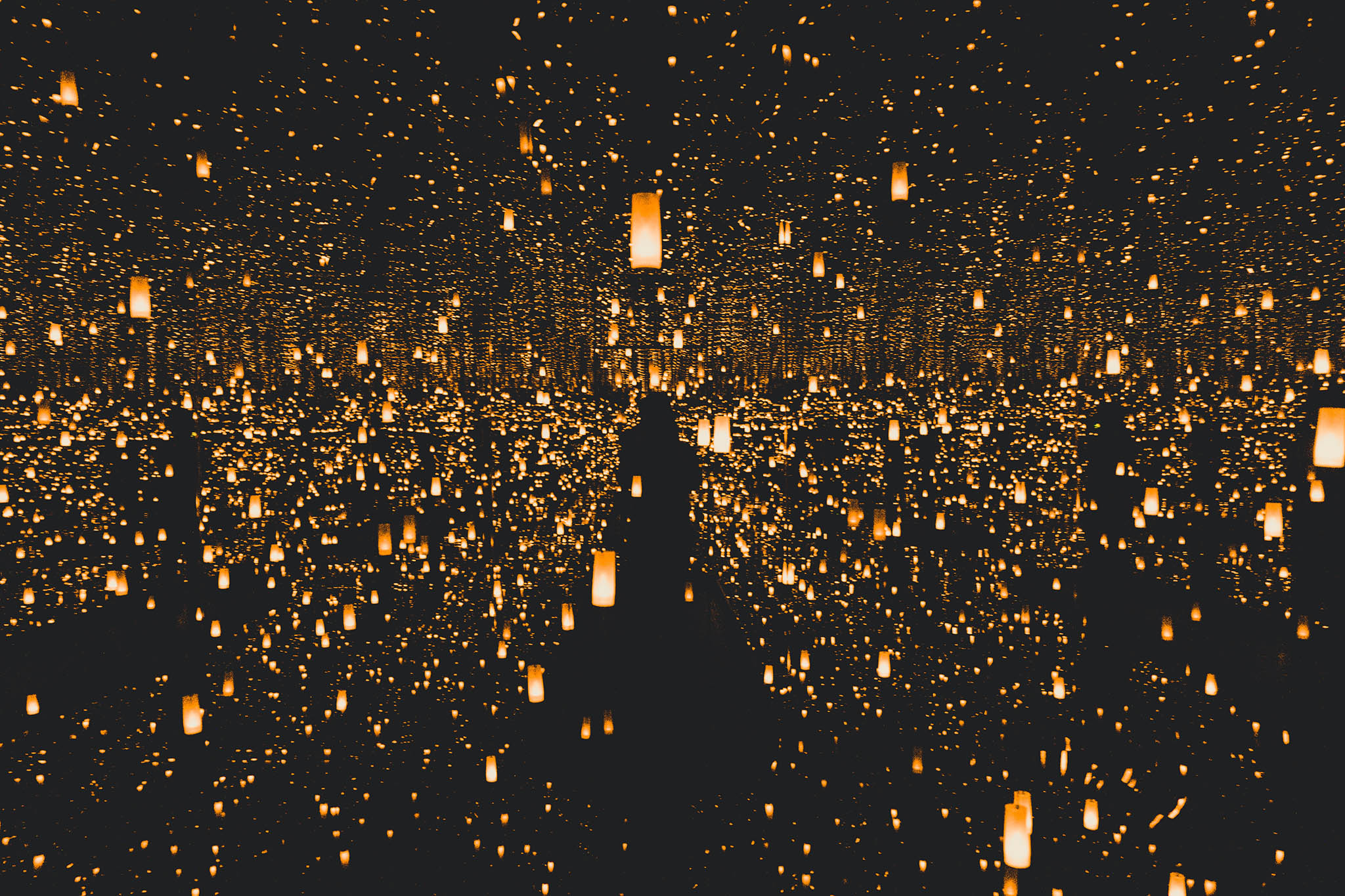