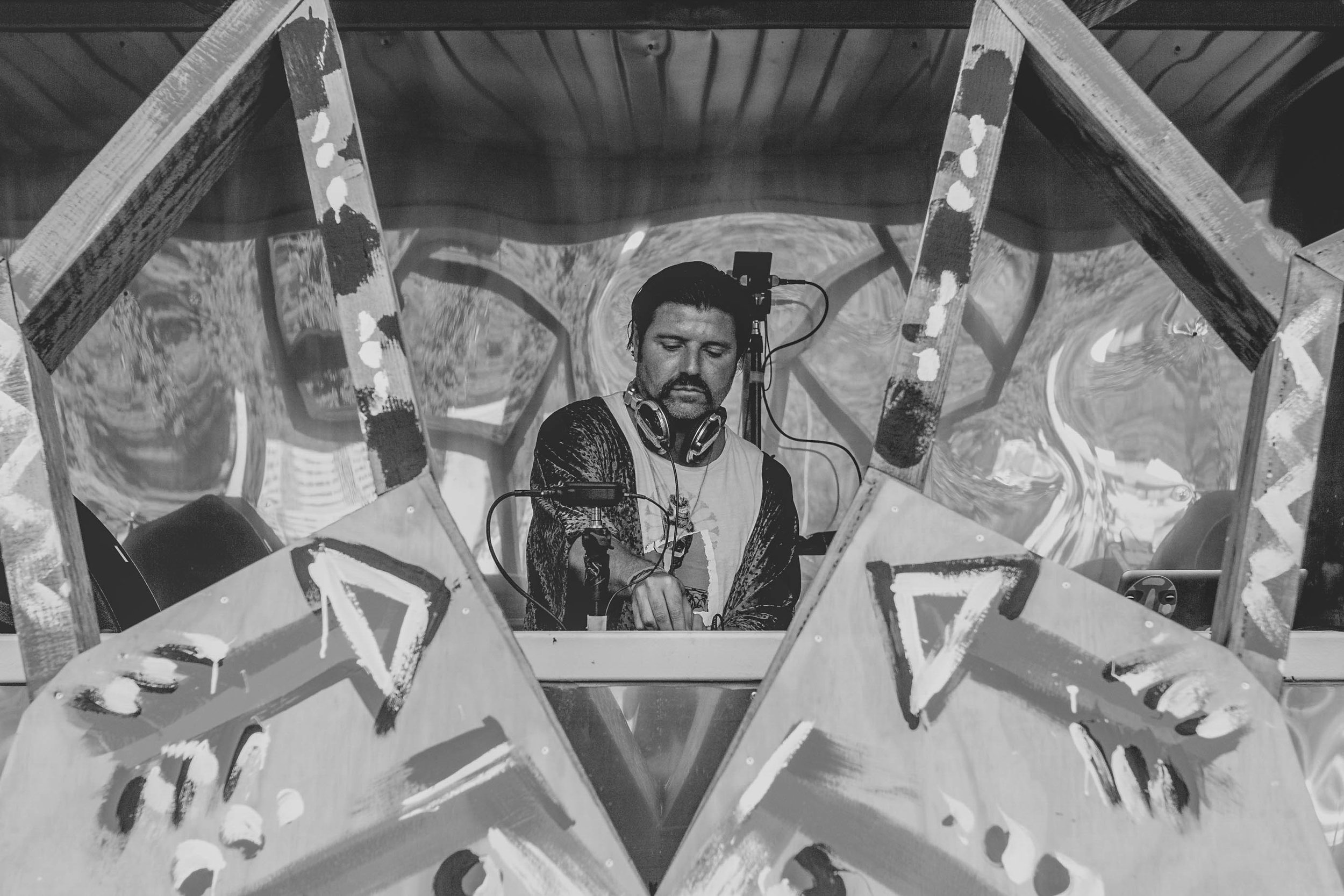 Drawing upon a wide array of cultures that he’s witnessed on his travels and taking influence from Acid House, disco, and funk, MoM stirs up dancefloors with sets that take the listener on an auditory around-the-world trip.

With an affinity for acid house, disco, and funk, MoM has traveled the world both as a DJ and producer. We talked to him what he’s been up during the summer and over lockdown.

For as long as I can remember, I have always been passionate about music. From about 20 to 40, I worked in A&R, disc recording, marketing, and sales for other artists. And now for a few years I’ve been on the other side.

I would like to continue working in music forever, that's why a couple of years ago we decided to create a home booking agency. The future’s uncertain but I’m always thinking about it.

It's funny, I think about that often. Well, the first would be to fight for your dreams, and the second and most important is that work beats talent.

Do you consider your work a luxury or a necessity?

Undoubtedly, it’s a bit of both. We are fortunate to do what we do but at the same time we assume the risk of not doing it and dedicating ourselves to it.

How do you keep yourself inspired?

Inspiration is something that comes and goes, and I can't control it. I get scared when time passes and I have no inspiration, but one day, you get up, you sit in front of the computer, you open a project, and there it is. Normally, I am more inspired when I play in different places, but for example, over quarantine I made more tracks than ever.

What do you do when you're not "working"?

I like to play sports, especially table tennis. I started playing in '96 or '97 and if I'm in Spain, I usually play two or three times a week.

What do you want people to take from your work?

I just tell people to listen without rushing.

What are you currently listening to, reading, or watching?

I listen to music daily. It is something that I think is fundamental. I listen to classical, flamenco, and many different types of music. Although I don’t read as much as I should, a few weeks ago I finished a book that I had been behind on for a long time called Regina: 2 de Octubre no se olvida (translating to October 2 will not be forgotten) by Antonio Velasco Piña, in which he writes about the student revolution in Mexico at the end of the 60s, but from an incredible point of view. And a few weeks ago, I got hooked on The Blacklist—it's not the best Netflix series, but it entertains me and evades me.

I can’t pick just one. I think Michael Jackson's Thriller is the best album ever. I still remember when my mother gave me the cassette for my birthday. When I was older I started listening to music from the 60s and 70s. I discovered The Beatles, The Doors, The Rolling Stones.

If you had to half the amount of technical gear you travel with, how would your creative processes change?

I would adapt. I am a survivor.

Of course not. There are few people who know how to combine art and business equally. Most do not.

What's the oldest thing you own?

Don't ask me why, but I lost one of the best vinyl collections you can dream of.

What's the most enjoyable thing in life?

What was the last law you broke?

I don't remember. I usually respect the law.

As a musician, do you feel any obligations during this global pandemic?

Not as a musician, but as a person. I can only offer to help those who need it.

What do you think something like a global pandemic does to collective/individual creativity?

It is complicated, because a problem as global as this should awaken collective conscience, but at the same time, people are having such a bad time that it is normal for them to focus on solving their problems first.

Did the isolation influence your creative process?

A lot. I saw it as an opportunity that I had not had in the previous years, and it worked.

Name three records that help you through crisis times.

The The’s Dusk, Fisher Z’s Going Deaf for a Living, and Familiar! by Invisible Limits.