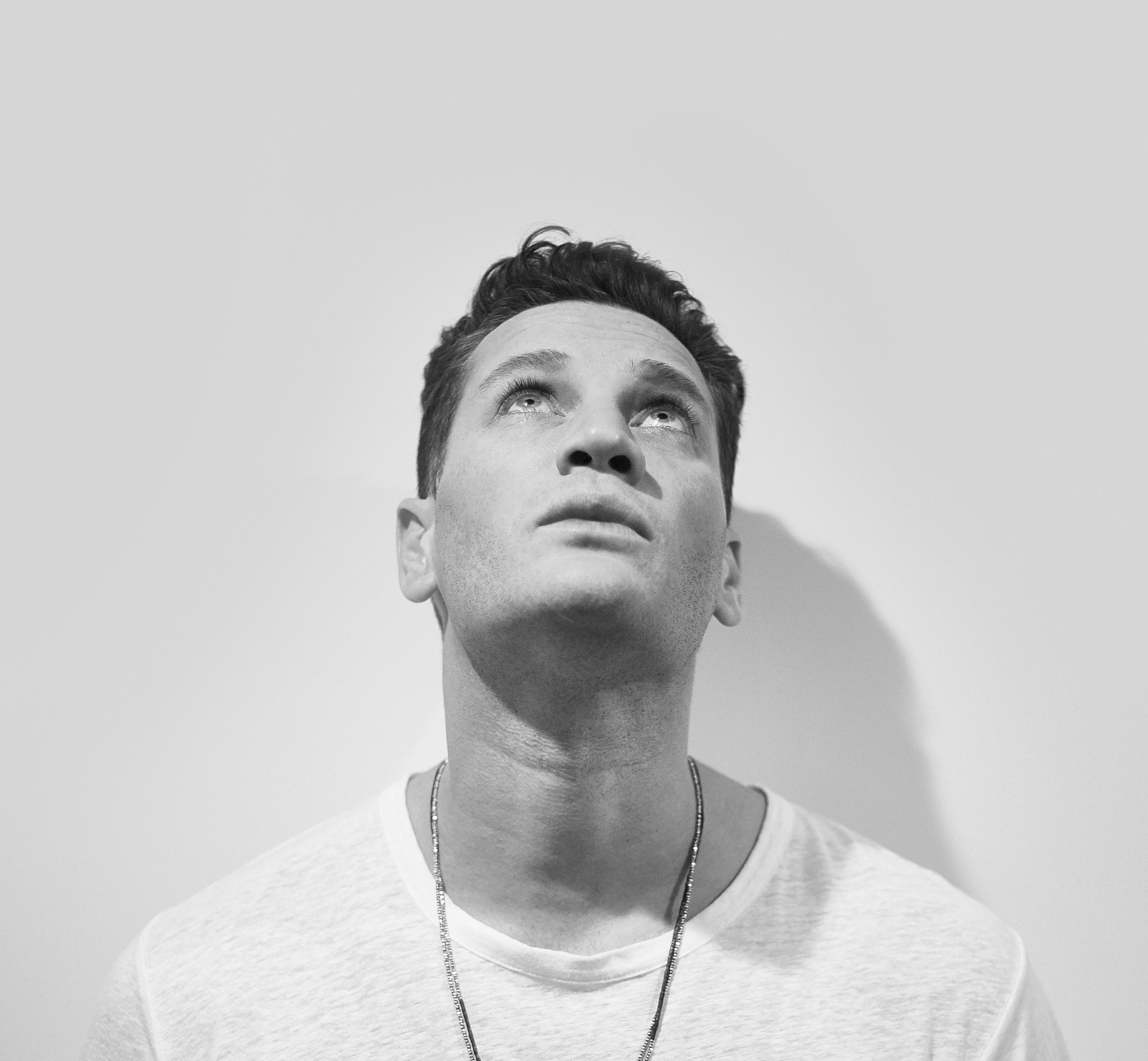 An Australian of both Italian and Greek descent, KazJames is one of electronic music’s most indispensable talents. Propelled into the public eye by his ‘Sweet Dreams’ bootleg which was championed by Pete Tong and Frankie Knuckles amongst others, Kaz has gone on to produce a slew of acclaimed house cuts, working with revered labels including Saved, Objektivity and Glasgow Underground, collaborating with the likes of Guy Gerber and DJ Tennis along the way. Initially a passionate kid on the Australian scene inspired by greats like Carl Cox, Pete Tong and Sasha and Digweed, Kaz began producing his own tracks and remixes. A resident at One Love Records, the biggest club night in his native country, his bootleg of Eurythmics ‘Sweet Dreams’ was picked up by Pete Tong, and Erick Morillo, who frequently used the track in their live sets, catapulting Kaz into a more public eye, where he ended up being handpicked by Frankie Knuckles to open for his Ibiza shows. With the white isle now inevitably calling, Kaz’s Ibiza love affair began in his late teens, upon being given a residency by Pacha. Chosen to be resident for Nic Fanciulli’s much-loved Friday night Pacha party, ‘We Are The Night’, Kaz has been performing at the iconic two-cherry club for over a decade. Capable of blurring the lines between the more underground and crossover sounds, Kaz James has enjoyed a career in which he has also produced tracks for the likes of Kelis and Macy Gray, but his love of house has always been at the heart of his productions. His Sunday night residency at the world’s No.1 beach club Scorpios in Mykonos continues to attract more than 3500 people each week. Making it the most popular night on the island. 2018 was the fourth year of his residency, with Kaz consistently leading the way in evolving the brooding sounds of the techno scene, playing alongside the likes of The Martinez Brothers, Solomun, and Black Coffee.Having recorded alongside top names such as Life and Death boss, DJ Tennis, and Guy Gerber, Kaz has become a regular at the latter’s RUMORS events.Having hosted the likes of Seth Troxler, Kaz’s ‘That Party’ event has become one of the most in-demand dance events in the calendar, taking place annually on New Year’s Day in Melbourne.Highly personable, Kaz has utilised his Aussie charm to focus on ventures outside of music, opening his highly successful ‘Shoreditch Grind’ coffee shop in 2011. “I moved house in London, from West to East”, Kaz adds. “This building was available in Old Street and coffee has always been a passion. I had been in music for 12 years by this point, so this was something different to break it up.”

A poster child of the Scorpios Sundays, Kaz James takes us back to his musical roots and ponders the post-pandemic future of clubbing.

My stepfather was a jazz musician, so I grew up listening to jazz, soul and blues 24/7. I was pushed into playing the trumpet at a very young age. I definitely had a natural talent for it without really having to try. But the not trying part was more to do with the fact I was not really into it. We had a TV show on Saturday mornings in Melbourne where I grew up called Smash Hits, kind of like MTV. I would religiously watch it every Saturday morning. I remember loving groups like C+C Music Factory, KLF, Culture Beat, and Deee-Lite. That was definitely my first introduction on a commercial level to electronic music. However, where I really started listening continuously to electronic and dance music was from my auntie—she was always out at the clubs so she was always coming home playing a lot of disco, house and retro music, which I really loved. I remember being obsessed with the record ‘Born to be Alive’ by Patrick Hernandez when I was super young. I became really tired with the trumpet and the music my teachers kept teaching me at school and really couldn’t find a solid connection musically. I started to become fascinated with DJing because I could play the music I wanted to play, and how I wanted it to sound. I became obsessed with the art of DJing. By mixing drum loops with different vocals, mixing three records at once, key mixing. I just found myself really enjoying playing house and techno records all day. The more I practiced and played the more I knew what I wanted to do. I felt I had really found my passion and where my musical talents really lay. At the time, there were only a few DJs that were touring professionally playing house and techno. I would read articles about them in magazines and dreamt that one day I would be able to do the same.

No, I think I will always work in music in some capacity or another. I feel it’s what really makes me happy. Plus, it doesn’t feel like work to me—it’s my passion so I’m extremely lucky in that sense that I get paid to do what I love. The only thing that gets annoying is the travel sometimes. But there are much worse things I could be doing so I am super grateful to be in the position I am in.

Do you consider your work a luxury or a necessity?

It is a necessity for me to live my dream, for my own happiness. But I have never been one to really chase money and do shows out of a necessity to survive. I feel once you go down that route it’s a slippery slide that’s hard to come back from. Careers are up and down—that’s what a career is. No one has ever had a career that constantly just goes up. So if you’re smart you need to be prepared for different times in your career. Once you start doing shows out of necessity it becomes work then you start to hate what you are doing. That’s when you should stop and reset or find yourself a totally different job.,

Who/what was the last thing that made a significant impact on your thought processes/creative processes?

I have been writing a lot of records that are especially targeted to the dance floor at Scorpios. So it’s been really amazing to be able to play my new music each week and go back and forth fine-tuning and making changes. I can really make sure the records are 110% before I really release them. This is definitely an amazing plus when having a consistent residency like Scorpios. I really know the crowd and they are very familiar with my sound which really helps me get a proper reading on the reaction of each record.

How do you keep yourself inspired?

I love working with different artists all the time. I really find I learn a lot and it keeps me super motivated, especially in the studio. I like working with people from totally different musical styles than mine and I like when their thought process is really musically different. I find it really interesting and keeps me motivated to keep learning. I find that I write my best music when I put myself in these kinds of situations.

What do you do when you're not "working”?

I don’t really stop “working” as such. But one of my big loves is good wine. I am wine-crazy, actually. I also have a really strong passion for food. I love to go to restaurants, and I love interior design and the way people create spaces. It can be very inspiring.

What do you want people to take from your work?

I try to make music that really touches people. Something that they can feel. Something that they can connect to emotionally whether it be a lyric or a melody that makes them feel a certain way. When I'm DJing, people travel from all over the world to come see me play. Most of them work hard and pay a lot of money to come see me. I definitely feel like I have a big responsibility. Most of the time people are just looking for a release. I want people to listen to my music and to feel like it’s a form of escapism, where they can forget about everything and just feel free for those few hours on the dance floor. This, in some ways, is what I feel is my contribution to humanity.

What are you currently listening to, reading, or watching?

I'm currently reading the memoir of Flea from the Red Hot Chili Peppers. It’s called “Acid for the Children”. Not many people know but he is also originally from Melbourne which makes him even cooler. I have also been watching all of Dave Chapelle’s new stand up shows. He is a genius. The guy should run for president—I really like his outlook of life.

I don’t even know where to begin. There is so much music that has inspired me over the years, and from all genres. Groups from Roxy Music to The Chemical Brothers, The Doors to The Beatles. Björk, Massive Attack. Blur, The Kills, Frankie Knuckles. The list is endless.

As a musician, did you feel any obligations during this global pandemic?

I felt obligations as a human of the planet to do my part by social distancing and quarantine like any other person.

What do you think something like a global pandemic does to collective/individual creativity?

I’m constantly making music all the time, so it didn’t really feel different from a creative standpoint. But I have used the time to focus on a lot of other music-related things like setting up my own record label and publishing company.

Did the isolation influence your creative process?

I will say this: when I make a record, I always visualize in my mind where it’s going to be played. So it was extremely weird to think if this record is ever going to be played out and what’s going to happen with it. You start thinking thoughts like, “Is there even any point right now to make music?” So it’s kind of scary but I think you just have to remain positive and hopefully the world will come back better than before. I think it was time for a re-set.

Name three records that help you through crisis times

The Beatles “I Want You (She’s So Heavy)”, and The Chromatics “Don’t Call—Guy Gerber Rework”. During quarantine, I was finishing my record “Stronger" which features Ali Love. Making this record definitely helped me through this crisis.