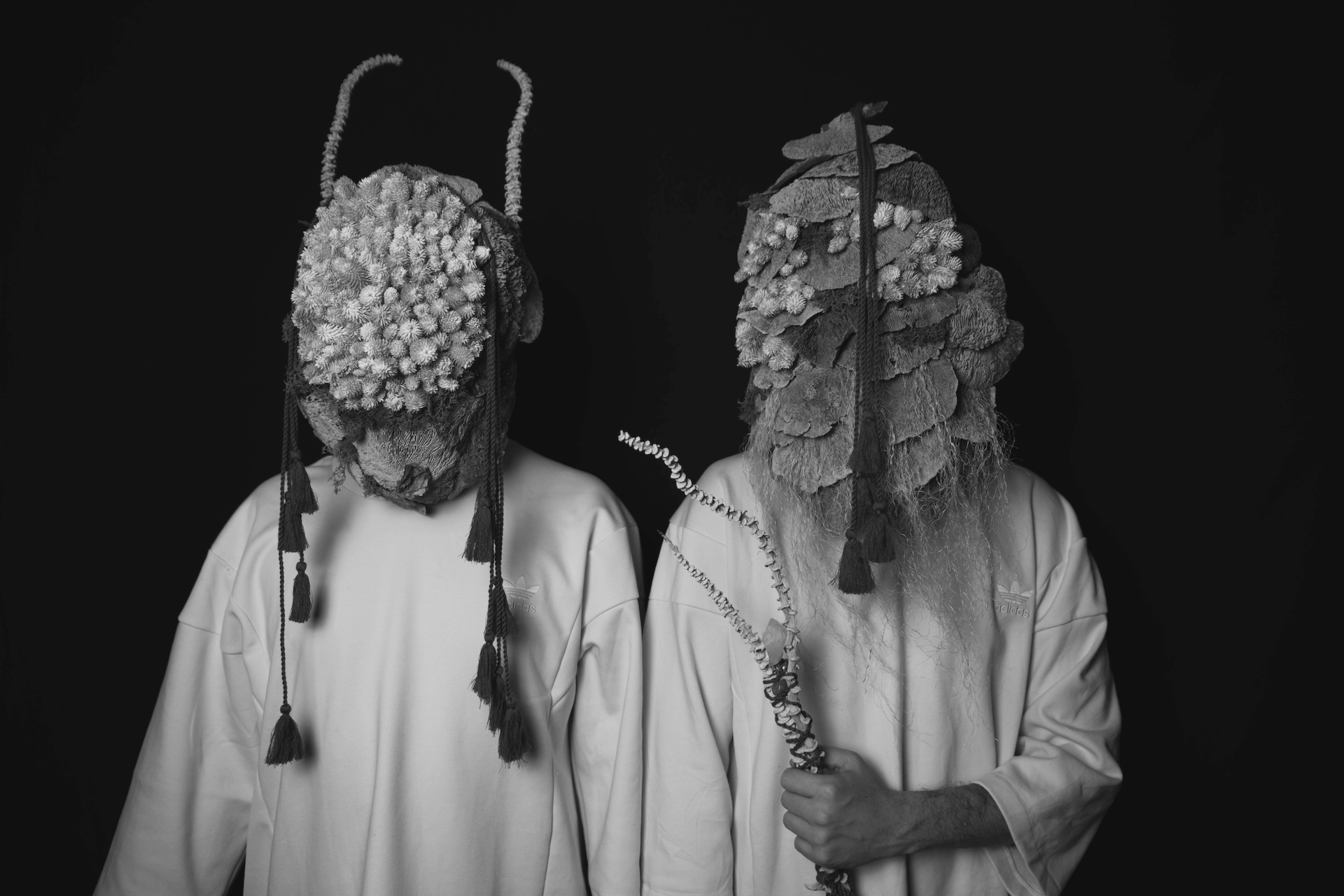 Dengue Dengue Dengue! is an audiovisual duo from Lima, Perú. Behind the masks are Felipe Salmon and Rafael Pereira, two producers, dj's and graphic designers. Their work focuses in exploring native rhythms from Peru and other parts of the world, recreating them in an electronic form, mixing the old with the new, analog and digital, to create their own unique sound and visuals. Their musical explorations go from Psychedelic Cumbia to Dub, from Salsa to Footwork, from Tribal to Techno, the sound and visual palette keeps growing and adding more and more flavours to the mix.

In 2019, DDD released their second full length album titled “La Siete Raices” (The Seven Roots) on Enchufada Records. This record came with a new video too, directed by Mikael Stornfelt, who also directed the Simiolo and Chichón videos. They where commissioned by legendary Salsa record label Fania Records to remix one of his classics for a special 50 year anniversary compilation. They also released a new track for a Greenpeace /Rhythm and Roots label project, a compilation of birdsong inspired tracks. It's also been a year of intense touring, Latin America from January to March, Europe in June, USA in August and October and now preparing for the album release tour in December and January 2016 in Europe.

In 2014 they got officially singed to Enchufada Records, and released the EP “Serpiente Dorada”. They did a lecture for Red Bull Music Academy in Tokyo and released the track “Pineal” forRBMA project “20 before 15”. They also remixed Tremor, Symbiz Sound, El Remolon and king Doudou. They had 3 European tours, playing shows in Dour, Roskilde and Paleo Festivals among others including an amazing set at SONAR Festival in Barcelona, reviewed by Xlr8r and others as one of the best shows in the festival. They also played Cuba, Japan. Argentina, Chile, China, Brazil, Jamaica, Panama, Costa Rica, Colombia.

2013 is the year where things really took off, it started with a great Mexican tour and in June, an amazing two month European Tour, playing at major festivals and clubs all around Europe in cities like Berlin, Vienna, Prague, Madrid , Barcelona, Paris, Stockholm among others. In JulyChusma Records released the “Simiolo Remixes” EP, and Enchufada Records the track Lokumba for the “Upper Cuts” series, showcasing yet another side of the Dengue Dengue Dengue! sound.